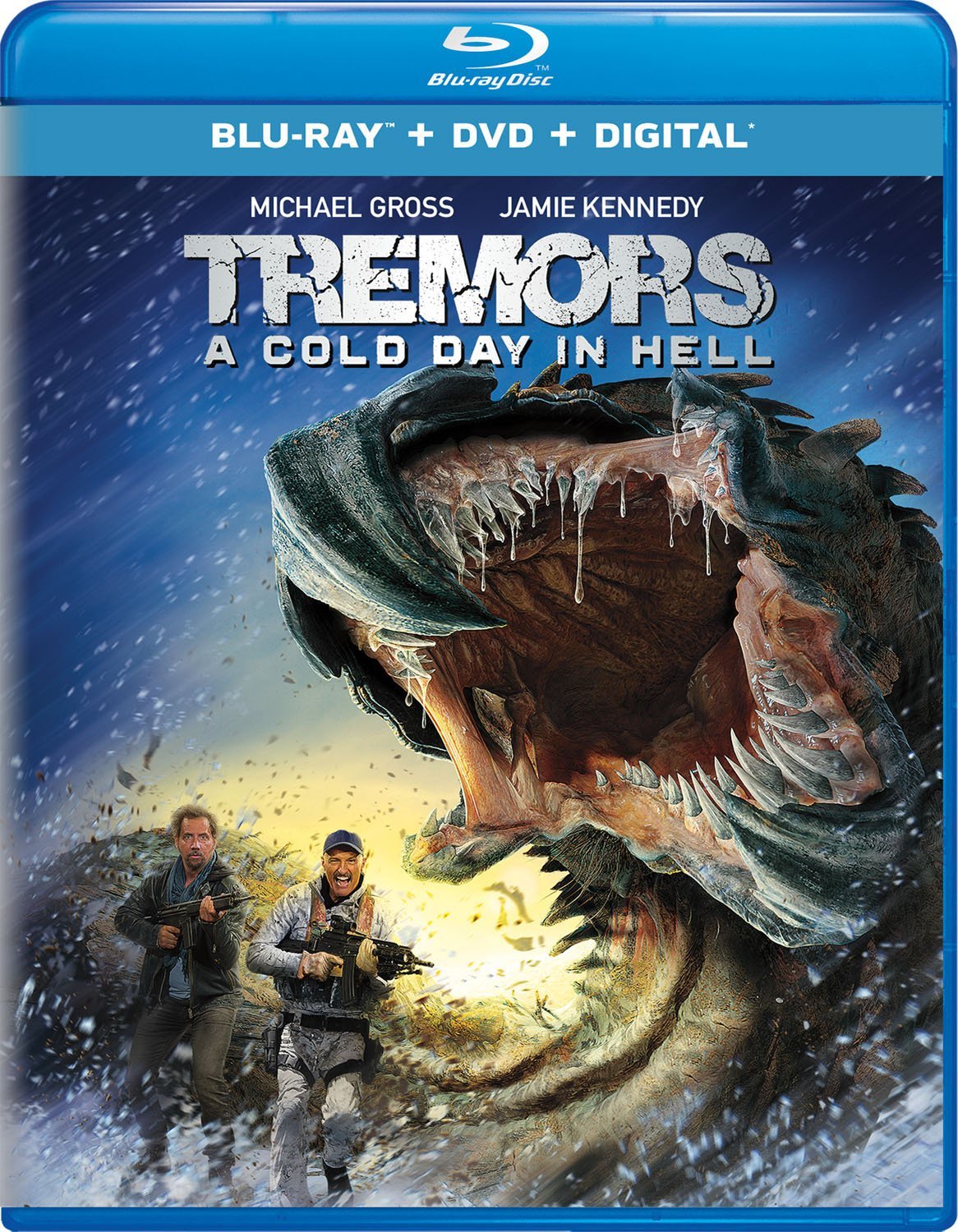 Tremors: A Cold Day in Hell Review
If you haven't liked any of the other direct-to-video Tremors sequels, then you don't need to attempt A Cold Day in Hell because it's more of the same. It's also disappointing that the film eschews a cold weather setting.
Film
Reader Rating0 Votes
2.8

Burt Gummer‘s supposed to be retired from Grabb=oid hunting but events keep pulling him back in; he’s called to northern Canada to help a research base fight off the creatures in a location where they’re not supposed to  be. However, due to climate change the whole area has become something of a desert wasteland equivalent to Gummer’s expertise, so he and his son Travis are tasked with dealing with the infamous Graboids while Gummer also fights off a life-threatening virus, and the only cure comes from a Graboid’s throat.

The Tremors series was never really suited for sequels, but it has become a surprisingly convenient way to milk a franchise of its worth. It helps that Michael Gross is apparently ready and willing to come back whenever a new film is in the works, and Jamie Kennedy never really seems like he has anything else to do either. Thus, director Don Michael Paul has been able to return to Graboid territory again and again, first with Tremors 5: Bloodlines back in 2015 and now the direct-to-video Tremors: A Cold Day in Hell. This one finds Gross’ character Burt Gummer doing battle with worm-like creatures in what should be a snowy climate in northern Canada. only to find that the Graboids have migrated because of environmental changes and what one must assume are the tasty morsels of scientists researching in this clime.

It’s tough to make a Tremors movie stand out, if only because the subject matter has been done to death and there’s not very many places to go with the creatures themselves. It also makes sense why Kevin Bacon’s unconnected television series recently got the axe before it even began; there’s just not a lot of substance in the idea besides more of the same attacks. However, Tremors: A Cold Day in Hell tries a couple of experiments. It first takes Burt Gummer and recently introduced son Travis (Jamie Kennedy) out of their normal setting and places them in a different one; it also introduces a special virus that Gummer contracts, putting him out of commission for quite a bit of the film.

The former idea sounds great on paper, and Paul even runs with it for the title by subtitling the film A Cold Day in Hell. Except the film does nothing with snowy climates or cold weather besides a brief opening sequence; once that’s over, the movie resets itself and basically looks exactly like any other Tremors film except that the audience is supposed to recognize it takes place somewhere new. It’s a really flawed plan from Paul, because Gummer continues to stress how impossible it would be for Graboids to be anywhere else in the world. Sure, it would be impossible, and that would make this film a lot more interesting as it explains the evolutionary changes that Graboids have gone through to be able to live in frigid temperatures. But A Cold Day in Hell has no ambition to explore that topic, and so it ultimately plays out just as a Tremors aficionado (is that a real thing?) might expect.

The latter element – a virus that Gummer contracts during his fight – does add a little more tension to the proceedings, particularly because the movie is forced to run with some of the character developments of Travis from Bloodlines. While Paul doesn’t do a great job setting the groundwork, there is at least a late film change in Travis as he takes the lead to save his dad. Kennedy isn’t a great actor and he really only has a couple of tricks at his disposal, but A Cold Day in Hell does manage to sideline Gummer enough to make it have some impact on the way this film plays out, even if the audience knows that Paul ain’t going to sacrifice the one character that makes these Tremors movies worthwhile.

All of the other major flaws from Bloodlines are back, though. There’s terrible dialogue-writing, bad pacing, and the usual stale series of action exchanges. At least the CGI looks fairly good for this type of budget. Nobody who ran from Bloodlines will be sucked back into A Cold Day in Hell, but those who are able to enjoy “witty” banter about having large balls or properly making out with a woman might find something of worth here. It’s just too bad that Paul decided to sacrifice the truly compelling element of a snow-set Tremors film; now that would have been something to see.

There’s an appropriately PG-13 level of violence on display, mostly centered around the gooey blood and entrails of exploding Graboids. It’s not super impressive, but it is consistent with the other Tremors films.