MEOW MEOW! It's a fucking cat!

Blue Underground has provided an excellent new Blu-ray for Two Evil Eyes lovingly restored with a 4k scan of the original camera negative, along with a great number of extras. Ultimately this is the copy you want to own - provided you don't mind the new color timing.
Film
Blu-ray
Reader Rating0 Votes
Good
Great new 4k scan from original camera negative
Both shorts are effective works from their directors
Lots of new extras
Bad
New color timing may not appeal to some used to the other look
4.5
Buy
Amazon

On the surface Two Evil Eyes sounds like an odd pairing. Two horror masters, George Romero and Dario Argento, come together to make an anthology film with two hour-long stories based on Edgar Allan Poe tales. The film has no opening or closing framing scenes, no introduction to the ideas at play; instead, both Romero and Argento are hoping that the audience is 1) familiar with Poe and 2) understands the dynamic at play in Two Evil Eyes, because there’s no explanation except for title cards introducing both stories. However, both pairings are truly interesting exercises in the oeuvre of the directors in question showcasing the horror niches they’ve carved.

George Romero’s story begins the film, entitled “The Facts in the Case of Mr. Valdemar.” Romero’s take on Poe’s classic story is pretty close to the original, centering around Jessica (Adrienne Barbeau) and her doctor beau Hoffman (Ramy Zada) committing fraud to take Jessica’s ailing husband’s (Bingo O’Malley) fortune after he dies. Hoffman practices hypnosis and puts Valdemar under a spell, but he dies while still in a hypnotic state before they can get their money so they keep him on ice for a while until the whole affair is official.

While the story itself is unique with its hypnosis element and exploring the subconscious state even after death, Romero is in familiar territory here – this short resembles Creepshow in a lot of ways, and it also has a zombie twist that Romero knows so well. While “Mr. Valdemar” runs a tad long in the tooth in its setup phase – with a lot of overly dramatic moments shared between Barbeau and Zada – it kicks into high gear once Valdemar comes back from the dead, with a few truly shocking moments interspersed. Romero plays with the tension throughout, often highlighting the twisted lengths that its main characters will go to just to get their money. One such example that stands out is after Jessica is killed; without a thought, Hoffman packs up the money and runs until he gets his own demise as a moralistic example of what happens to despicable rich snobs.

Argento directs the second story from a screenplay by Franco Ferrini entitled “The Black Cat,” which is a loose rendition of Poe’s story that modernizes some events and removes the unreliable narrator Poe is so known for using. Instead, it closely follows its main character Usher (Harvey Keitel), a crime scene photographer who is plagued by his girlfriend Annabel’s (Madeleine Potter) new black cat so much that he tortures it to use as pictures for his new book. But the black cat will not be bested, and ultimately Usher succumbs to his own madness.

“The Black Cat” is probably the better of the two stories in this feature, partly because it goes off the rails in Argento fashion throughout. It starts with Annabel’s oddness – infused with a number of dynamic character details – and then leads into a lengthy dream sequence about witch burning. Argento’s penchant for strange and surreal is on full display here, further distancing himself from both Poe and Romero, especially considering Romero’s more classic approach to his story.

Argento’s short remains compelling throughout its hour runtime, helped along by some excellent paranoid acting by Keitel and great gruesome effects from Tom Savini (who makes an appearance as a tooth-collecting madman in a grisly sequence). The final reveal has a giallo-esque grandiosity to it as well, with the police officers searching Usher’s apartment without incident before coming back to the gory discovery behind Usher’s walls. Argento plays with that suspense, allowing the viewer to breathe a sigh of relief with Usher until things go awry once again.

Two Evil Eyes is a mostly successful anthology with just a couple caveats. The shorts could probably have been trimmed to a more succint 45 minutes apiece to lose some bloat; also, the lack of any introduction or conclusion means the film ends about as abruptly as possible, with just a screen reading no cats were harmed in the making of the film. Other than that, though, both Romero and Argento are in great form here, and horror fans should certainly enjoy both variations of the directors’ visions.

CHECK OUT
Comprehensive screenshots from this Blu-ray.

Blue Underground has come back to Two Evil Eyes for a new 3-disc limited edition Blu-ray release much like they have done with Maniac and Zombie, giving the film a new 4k scan of the original camera negative. This new transfer looks spectacular with a warmer color palette than Blue Underground’s previous Blu-ray release. This may not appeal to some viewers who are used to Two Evil Eyes with a more faded look, and truthfully I don’t know which one is more accurate to the the theatrical release. However, the color timing on this release has some great depth and looks very natural, with green foliage extremely verdant and red blood hues popping. Grain is omnipresent but well maintained and never chunky, with no loss of depth or clarity. Overall, I’m extremely happy with this presentation but keep in mind that the new color timing may throw some viewers off who prefer the cooler shades of previous releases.

Audio is presented in a 7.1 and 2.0 English DTS-HD Master Audio track, providing viewers with a nice 2.0 track that was not present on the previous Blu-ray. For those watching without 7.1 surround sound, the 2.0 will most likely be the way to go – I noticed that dialogue was a little low on the 7.1 due to missing speakers. Both sound very good, though, with no muffling or drops. There is also a lossy French mono track included. English, French, and Spanish subtitles are also included.

Extra features are included on both the first film disc as well as a second extra features disc. The first disc has a new audio commentary with film critic Troy Howarth, who is always very insightful, along with previously included extras like theatrical trailer and still galleries. The new content is included on the second disc, though strangely it is placed after some previously available extras ported from the past Blu-ray.

The new interviews include nearly two hours of footage from cast and crew. Principal actors Ramy Zada and Madeleine Potter speak for about 15 minutes apiece, composer Pino Donaggio discusses the different themes used for each short, co-writer Franco Ferrini talks adapting Poe for Argento, assistant director Luigi Cozzi gives the longest interview at almost thirty minutes in Italian, special make-up assistant Everett Burrell talks about the effects working with Tom Savini, and Barbara Anderson gives a short discussion about working with Romero on many of his films. Along with these new extras, Blue Underground ports over all old ones too including cast and crew interviews, a look at Savini’s effects, a visit to Savini’s home, and an interview with Adrienne Barbeau about working with Romero.

The box set comes with a third disc of a vinyl-ripped soundtrack of Pino Donaggio’s score, as well as a booklet with a lengthy essay from Michael Gingold. Finally, you also get a very cool slipcover featuring lenticular artwork, but two reversible covers are included in the box as well. 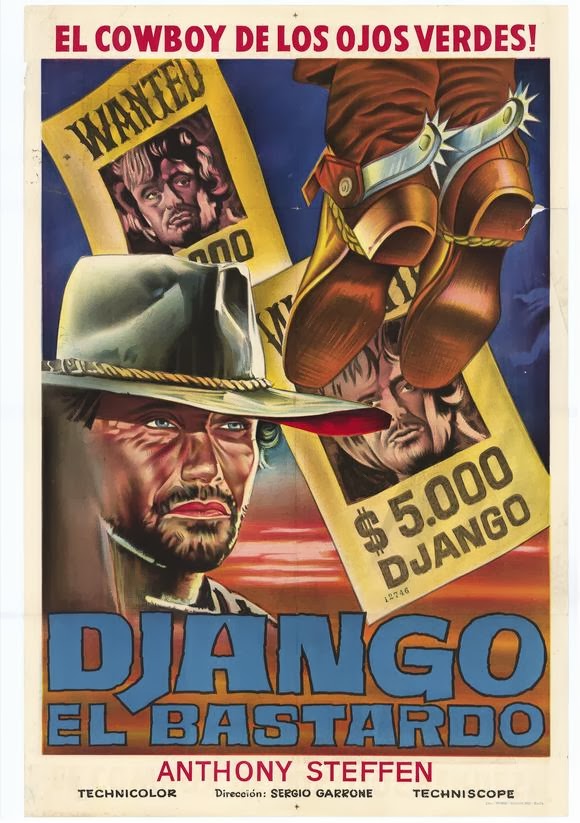