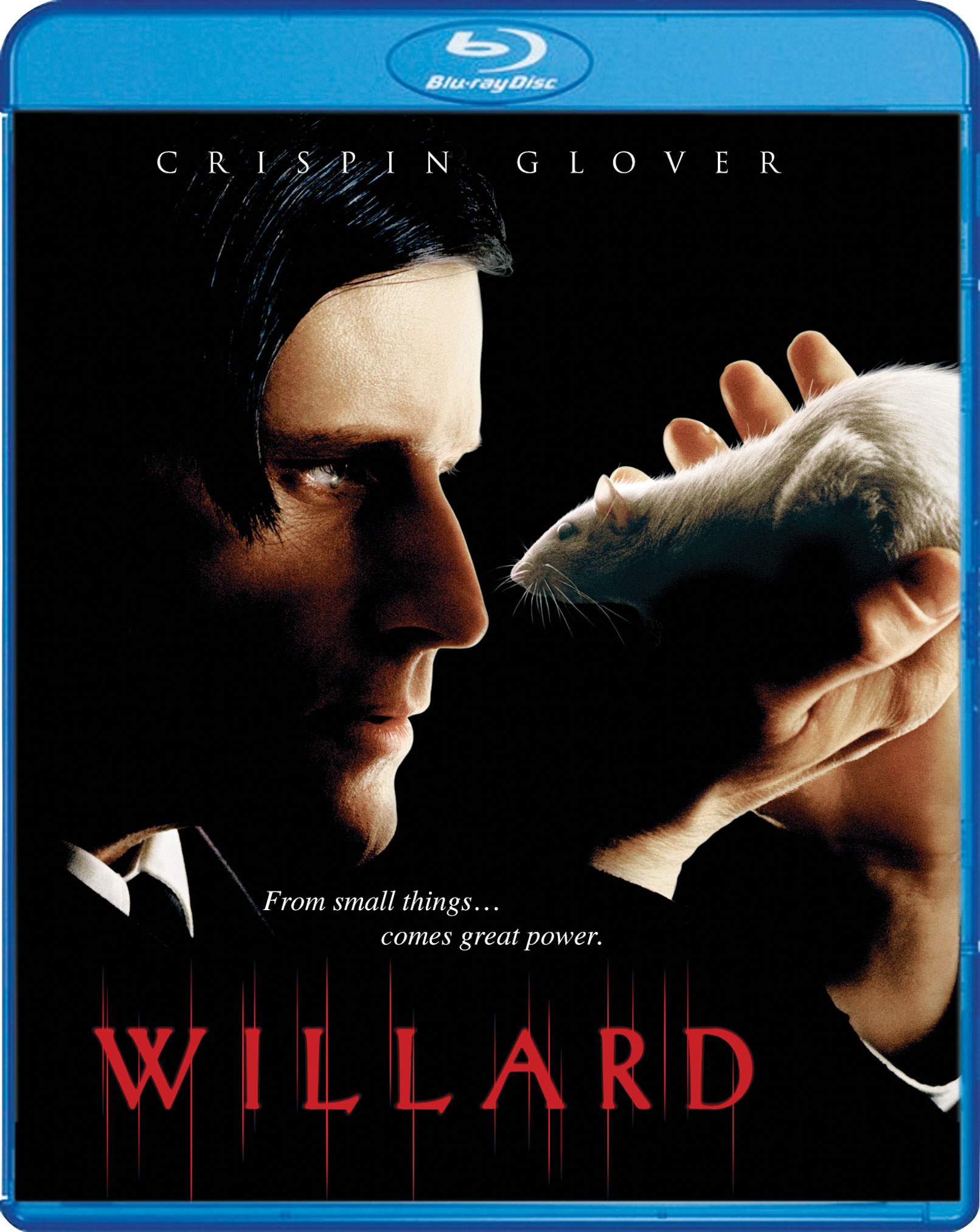 A Blu-ray that is crammed full of features, and has solid video and audio. What is not to love in Scream Factory's latest Blu-ray release of the 2003 remake Willard?
Film
Blu-ray
Reader Rating0 Votes
4.5
Buy
Amazon

Way back in 2003, before we got super tired with remakes, a little film titled Willard came out, which was, you guessed it, a remake of Willard from 1971. This time around, the film was directed by Glen Morgan, who went on to direct another remake (the insane Black Xmas), and has also directed and written several The X-Files episodes. Taking over the titular role from Bruce Davison (who appears in picture form as Willard’s father) is the always crazy Crispin Glover. Having Glover in this film was a brilliant decision, as his quirkiness works fantastically here. It would have been weird if the original choices Joaquin Phoenix or Macaulay Culkin decided to take the role.

In 2003’s Willard, the story follows the basic premise from the original, which if you’ve seen it you will be able to guess how the film plays out. Willard befriends some rats in the basement of his Mother’s home (Jackie Burroughs plays the mother) and uses the rats to take revenge on his evil boss, Mr Martin (R. Lee Ermey). Unfortunately for Willard, not all the rats are friendly. The lead rat, named Big Ben, is smarter than your average pest and decides to take matters into his own hands.

There is enough in the new Willard that does make it worthwhile to check out. As I’ve mentioned, Glover’s performance sells the film. It seems like he was meant for this role. His weirdness makes his quick befriending of the rats seem plausible, although when a specific rat comes to an untimely end, his reaction doesn’t quite work — also, R. Lee. Ermey in a film is never a bad thing, and his constant yelling and sarcastic putting down of Willard is such an enjoyable experience.

Scream Factory has provided Willard with a new 2K scan of the original film elements. The results are fantastic. There is no other Blu-ray release of Willard to compare it to, but I didn’t notice any issues popping up. The only weirdness I saw was sometimes the CGI didn’t look the best, but that certainly has nothing to do with the transfer. Audio presented on the Blu-ray is DTS-HD Master Audio 5.1, with optional English subtitles. The 5.1 soundtrack uses the rear channels quite a bit, with the scurrying of rats bouncing around your room, having you turn your head to make sure Ben isn’t sitting on your shoulder.

Extra Features are a nice mix of old and new. The new features are two audio commentaries, a very lengthy interview (73-minutes) with director Glen Morgan, an interview with Director of Photography Robert McLachlan, and some fun behind the scenes rat training footage from Animals For Hollywood. The remaining features consist of almost everything that was included on the previous DVD release (the disc is missing the script to screen and DVD-Rom features). This is a feature-packed Blu-ray release that is surprisingly not a Collector’s Edition (the only thing missing is the Slip Cover and CE title branding). All in all, you are getting a total of 286-minutes of features, not counting the three audio commentaries!

The Willard remake might spin the same yarn as the original movie, but the actors make the film stand out and worth watching. Scream Factory has produced a Blu-ray bursting with extra features and providing a solid video and audio experience. This remake and Blu-ray hit the mark. Recommended!

Be sure to check out the gallery for more screenshots from this Blu-ray.