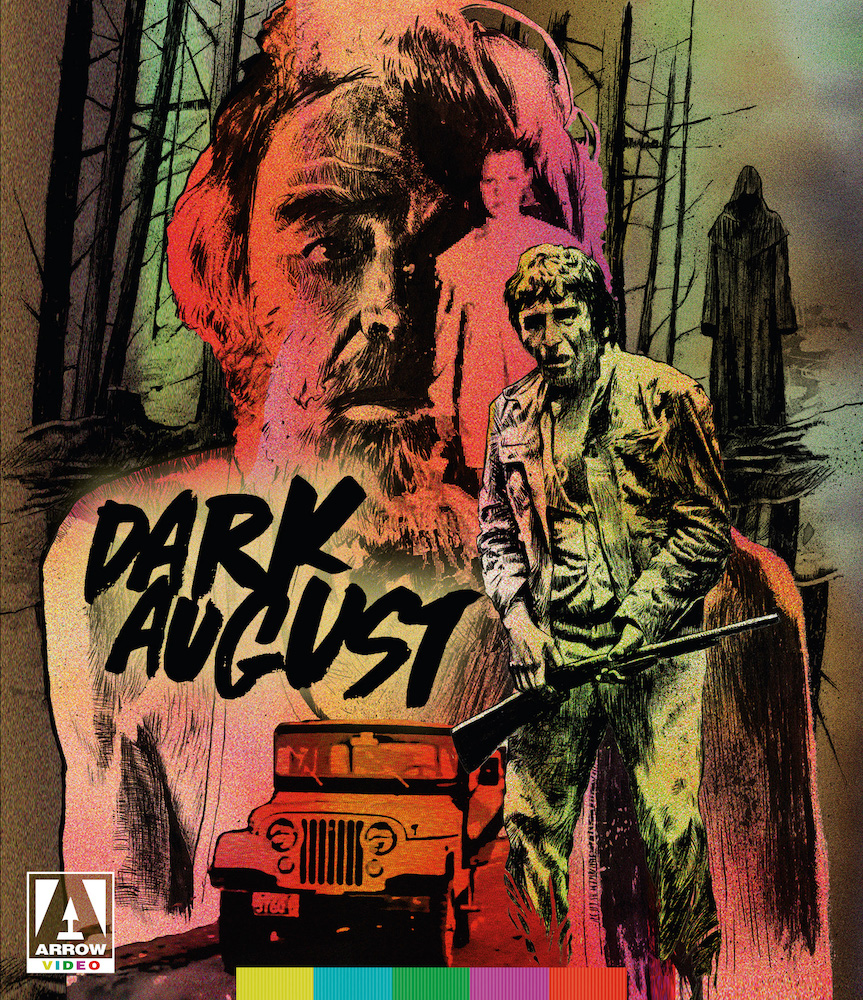 Now that you have come up for air after watching Dream No Evil (unless you haven’t watched the movies in order based on the spot in the box, and if so, I applaud you for the battle against OCD) we venture into witchcraft territory with the 1976 release of Dark August. Directed by Martin Goldman, Dark August is a slow burn tale about Sal Devito (J.J. Barry), a newcomer to a small town, who is being ostracized after he accidentally runs into and kills a little girl. The grandfather of the girl is beyond distraught and places a curse on Sal, a curse which is meant to turn Sal’s life into a hellish nightmare. When a mysterious hooded figure starts showing up around Sal, he begins to suspect something weird is happening and with the help of friends, they seek the advice of a practicing witch to dispel the curse once and for all.

Of the three films included in Vol 2 of the American Horror Project, Dark August is the slowest of them all, but that doesn’t mean it’s bad. It just knows that an effective way of creeping up on you is the ability to be subtle. J.J. Barry’s character may not be the most likable person, but we do feel for him, as the death of the child was a complete accident and what is happening to him is not justified. This leads to you hoping that everything can be resolved with the least amount of violence. Unfortunately, the ending is where things falter with Dark August. The ending is abrupt, characters disappear, and a whole lot of nonsense proceeds to happen. Before you can even think of a proper ending, the credits are rolling. It’s a shame it chose this lackluster finish, as everything before was so damn effective.

Much like Dream No Evil, Dark August offers up a new 2K scan that does its best to provide the most solid possible viewing experience. There are moments of dirt and scratches, and the occasional weird blue flashing during the ending. However, there isn’t enough there to warrant brandishing your torches over. Audio is served up with uncompressed PCM mono, which didn’t produce any ear-bleeding results. The synth-filled soundtrack sounds amazing. Extra features include a film appreciation with Stephen Thrower, an on-camera interview with director Martin Goldman, an interview with producer Marianne Kanter, a fun dive into the history of Vermont filmmaking with author and artist Stephen R. Bissette, and a brand new commentary with Martin Goldman. Also accessible with a BD-ROM drive is the original press book. There are unquestionably enough features to spend a dark afternoon with.

Dark August slowly creeps along, dispensing out all sorts of spooky witchcraft moments. The only issue it runs into is an ending that lands flat and fails to provide a proper conclusion. Nevertheless, the journey there is fun enough, and the second disc in Vol 2 of the American Horror Project is another worthy notch in the buy me now belt!