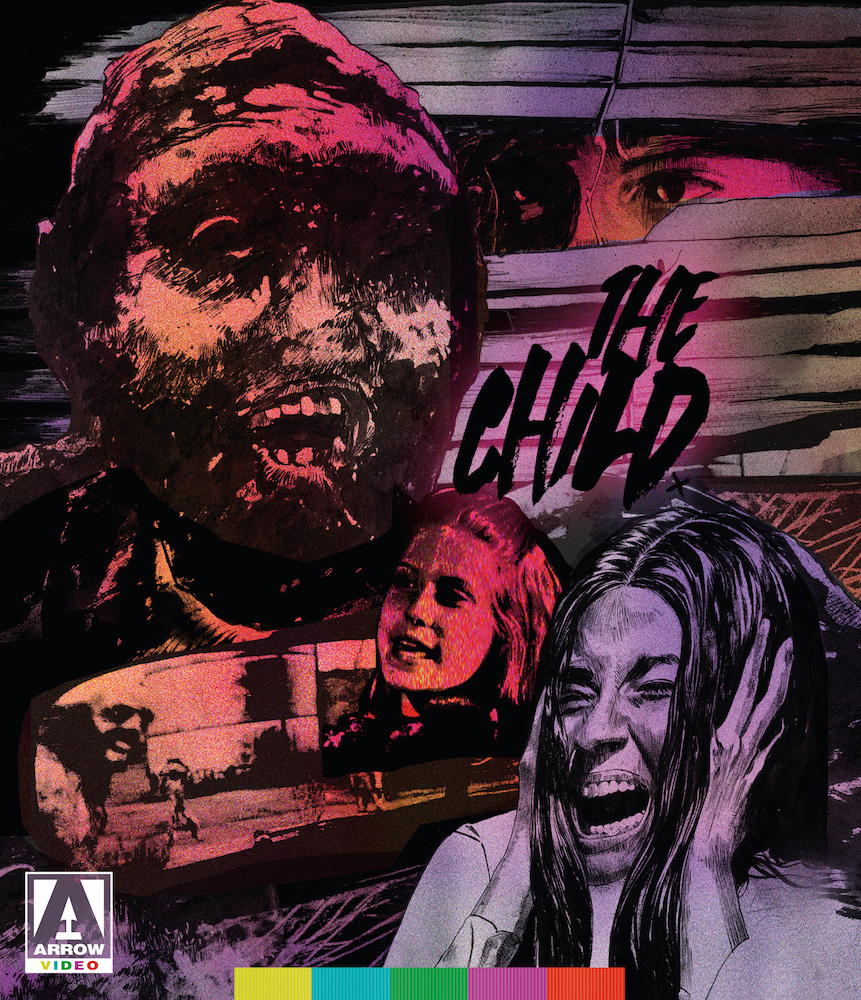 Last but not least in Vol 2 of the American Horror Project, and the one that most people are probably craving, is The Child. The movie released in 1977 and was directed by one-time director Robert Voskanian, who only stopped directing because he and a bunch of other people got ripped off on this film thanks to a gentleman by the name of Harry Novak (more information about this can be found on the extra features of the Blu-ray). The Child is your typical psycho kid who is out to kill people for no real reason save for ‘she be crazy’. However, this time around, the child named Rosalie, played by actress Rosalie Cole, has psychic powers and is friends with a bunch of zombies.

After Rosalie’s mother passes away – a mother who is hinted at being a bit crazy herself – Rosalie seeks revenge on the people that wronged her mother. Meanwhile, an in-home Nanny named Alicianne Del Mar (Laurel Barnett) arrives to watch after Rosalie, as the father (Frank Janson) is too damn crazy to do it himself. Seriously, wait until you hear the tale of the poisoned boy scouts. What a hoot! Everything comes to a head as Rosalie feels Alicianne attempting to be a mother figure, her father doesn’t allow her to go to the cemetery at night, and the neighbours become cranky old people. Don’t forget the thief gardener, he isn’t safe either!

The Child is a batshit insane film! The performances are all over the place, the story is as thin as a fast-food burger wrapper, and the fun doesn’t let up until the sudden end credits roll. There isn’t much to complain about when it comes to The Child as the film is just so poorly made, and obviously shot with love, that you can’t help but end up enjoying it. This is the gem of all three movies in the box set.

The Child tends to be the roughest looking film of the three, even with a new 2K scan of the original elements. There are plenty of dirt and scratches present throughout the film. However, I’m not one to complain that much given that the film has probably never looked this good. Also offered on this Blu-ray are two aspect ratios. You have the 1.33:1 ratio which offers plenty of room in the shots and is arguably the preferred method of watching the film. Also offered is a 1.84:1 (Arrow mistakenly has it listed as 1.78:1) ratio that is matted to fit the aspect. It feels cramped and you can tell that most of the scenes are meant for the much more forgivable 1.33:1 ratio. Still, the choice is yours. Audio is uncompressed PCM mono, and just like the others, I didn’t notice any obvious issues. The film is entirely dubbed, so you will notice some sync problems, but that can’t be helped and they are certainly not Arrow Video’s fault.

Like the other two films in the set, we have a film appreciation by Stephen Thrower, which is always guaranteed to be an informative experience. Featured next is an interview with director Robert Voskanian and producer Robert Dadashian, who provide some more detail on the troubles with the profits. Also new is an audio commentary with director Robert Voskanian, producer Robert Dadashian, and moderated by Stephen Thrower. Rounding everything out are two trailers for the different ratios and an original press book accessed with a BD-ROM drive.

It seems Arrow Video saved the best for last as The Child is a blast. It’s pure killer child/zombie nonsense. A blissful trek into absurdity. Partner it with new features and a solid-enough transfer, and you can’t go wrong.