House on Haunted Hill still holds up, and the Blu-ray from Scream Factory is worth picking up for the solid transfer and new interviews.
Film
Blu-ray
Reader Rating0 Votes
4.5

At the end of the 90s, we horror fans were being treated to all sorts of exciting horror films. We had Urban Legend in 98, Scream and its sequels, the I Know What You Did… series, and before the remake craze took off, we had House on Haunted Hill in 1999 (we don’t talk about The Haunting remake the same year. No one talks about that.) Released by Dark Castle Entertainment, who would later go on to release a few more remakes, Thi13en Ghosts and House of Wax.

House on Haunted Hill is, of course, a remake of the William Castle classic of the same name that stared the always remarkable Vincent Price. This time around, we have Geoffrey Rush in the role of Stephen Price, who is hosting a party at an old abandoned asylum, which may or may not be haunted by an undead doctor played wonderfully by Jeffery Combs. We have Famke Janssen playing his wife, who loves to hate him. We also have the beautiful Ali Larter, Taye Diggs, Bridgette Wilson, Peter Gallagher and Chris Kattan filling out the roles of the party guests. It’s the usual gimmick of spending the night and survive and win 1 million dollars. However, things turn scary quickly as spooky shenanigans start manifesting all around. Is the place haunted or is Price putting on a show? 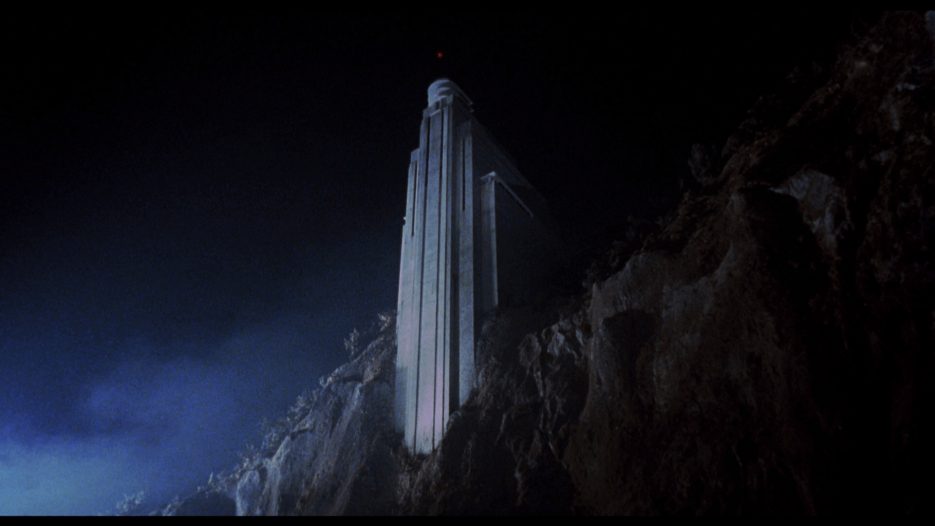 It was quite a while since I’ve seen this movie, and I always remember thinking that it was filled to the brim with some terrible visual effects, but colour me embarrassed, as the film relies quite heavily on practical and in-camera video effects. Director William Malone, interviewed on the new Collector’s Edition Blu-ray from Scream Factory, points out several times that no, that isn’t a digital effect, but an honest to goodness visual effect. Sure, the result, the giant shadow monster (spoiler?) looks iffy at times, but honestly, I’ll take iffy over late 90s CGI any day. Oof!

The film does suffer from a problematic third act, where characters are killed off randomly, and the cool looking spooky ghosts become the shadow monster. Personally, the film would have been better off sticking with the ghosts seen throughout the film (Ghost Story Dick Smith Monster FTW). Nevertheless, the film has a fun an exciting setting, and every piece of the haunted house was not wasted. House on Haunted Hill will always be one remake worth revisiting. 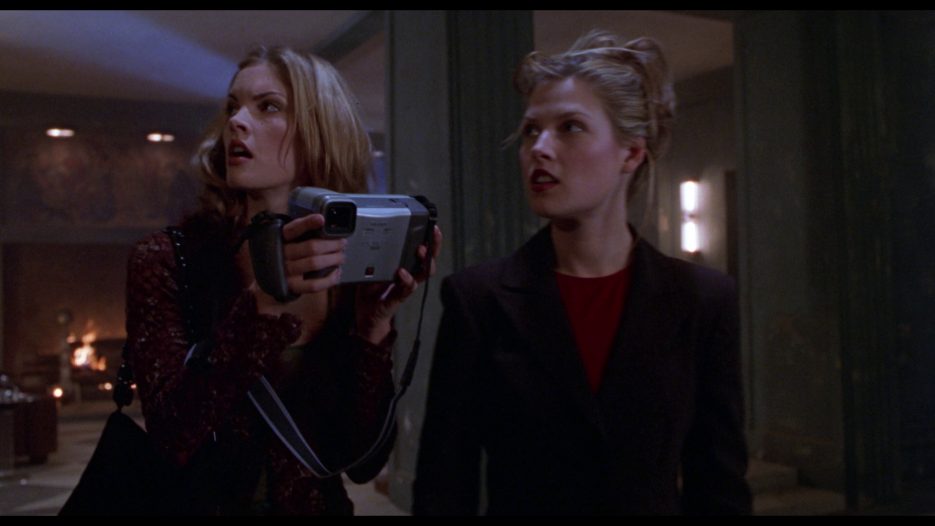 Scream Factory has released House on Haunted Hill with a new 2K scan from the original film, and the result is great. There are moments where the quality shifts, but this could very well be attributed to the use of in-camera visual effects and not a faulty transfer. Audio is presented in 5.1 DTS HD Master Audio, and the use of rear channels is noticeable. Dialogue is a bit on the low side, whereas the action is quite a bit louder. Take note when watching.

Extra Features include an older commentary with director William Malone, a new 37-minute interview with the director who goes through the entire process of getting the film made, from the planning stage to completion. Also included are two new 19-minute each interviews with composer Don Davis and a new interview with visual effects supervisor Robert Skotak. Rounding out the features are older extras included on previous releases.

House on Haunted Hill remains still enjoyable to this day and doesn’t suffer from age like most 90s horror films have. Sure, the visual effects are a bit dated, but knowing they are not some CGI hack job makes you appreciate them a bit better. Scream Factory has released a solid Blu-ray with some enjoyable new interviews. Recommended. 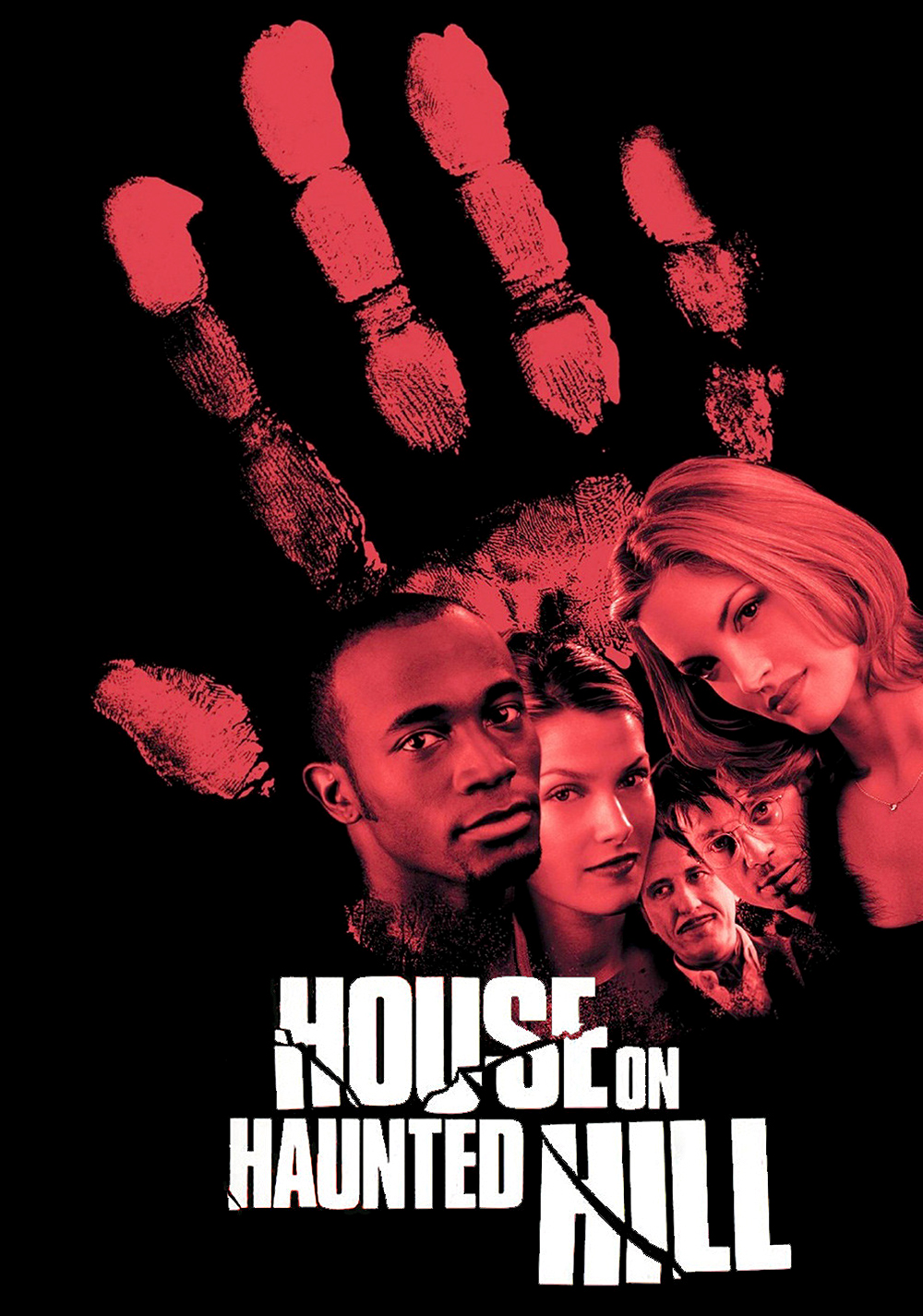