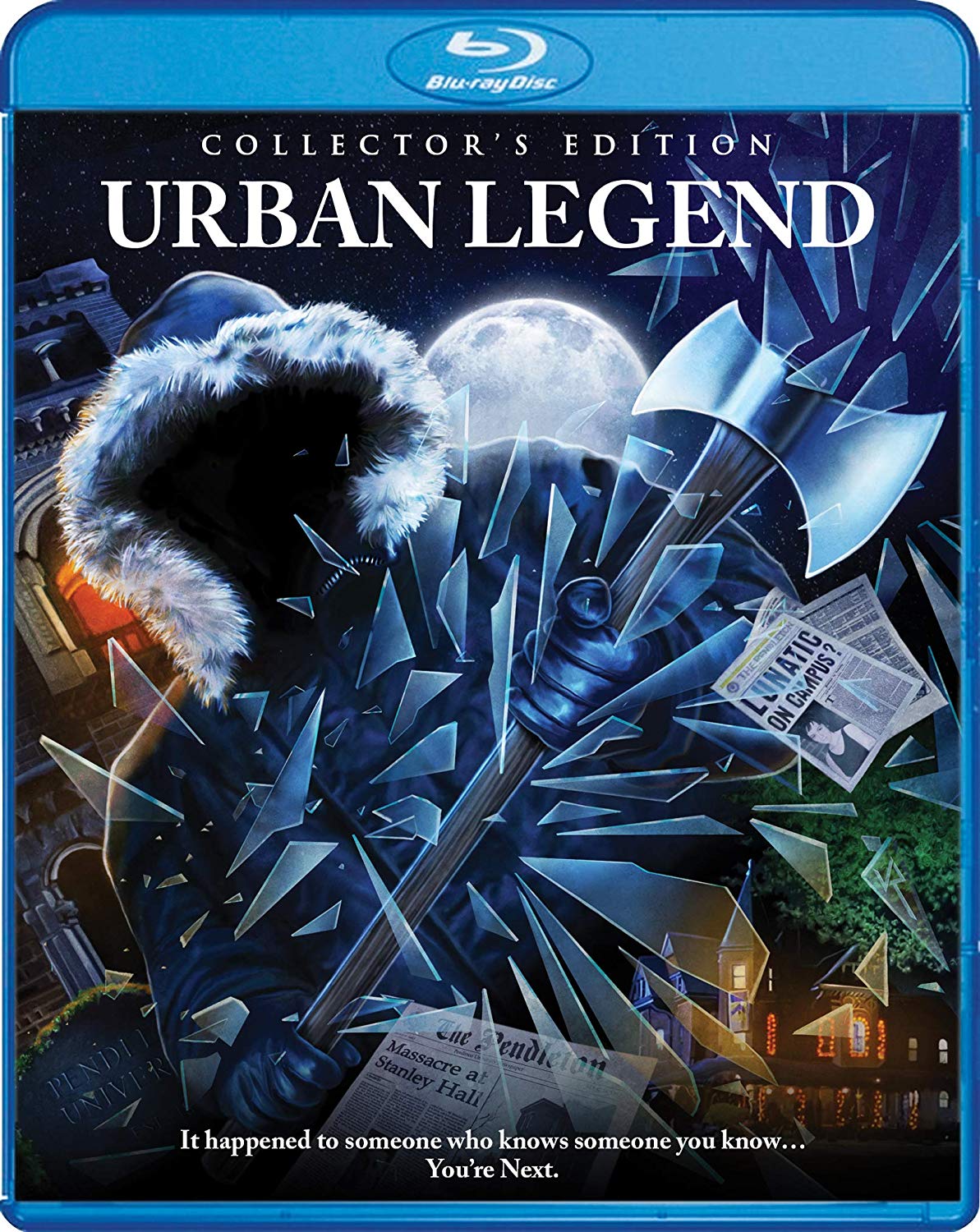 Scream Factory has released the end all be all of Collector's Editions titled Urban Legend. A massive 142-minute making of tops the list of special features, but that's not all, as we get a bunch more interviews, commentaries, behind the scenes, and trailers. Add on a solid transfer and audio presentation, and you have a Blu-ray worth owning.
Film
Blu-ray
Reader Rating1 Vote
4.6

Urban Legend came out in the late ’90s when we had a few Scream sequels to check out, Jennifer Love Hewitt’s substantial assets to gawk at in I Know What You Did Last Summer, and Michael Myers finally back in form with Halloween: H20 (although some don’t agree with me on that cough Ryne cough). Suffice to say, Urban Legend was up against some severe competition. Yet it ends up being one of the better slashers to come out in the mid-to-late ’90s, mainly because it decided to base its murders on some cool urban legends, have a memorable, albeit simplistic looking slasher, and some not too bad actors (Robert Englund no matter how short his role is, is always a good thing).

Click the play button above for Michael’s review of Urban Legend and an in-depth look at Scream Factory’s Collector’s Edition Blu-ray.