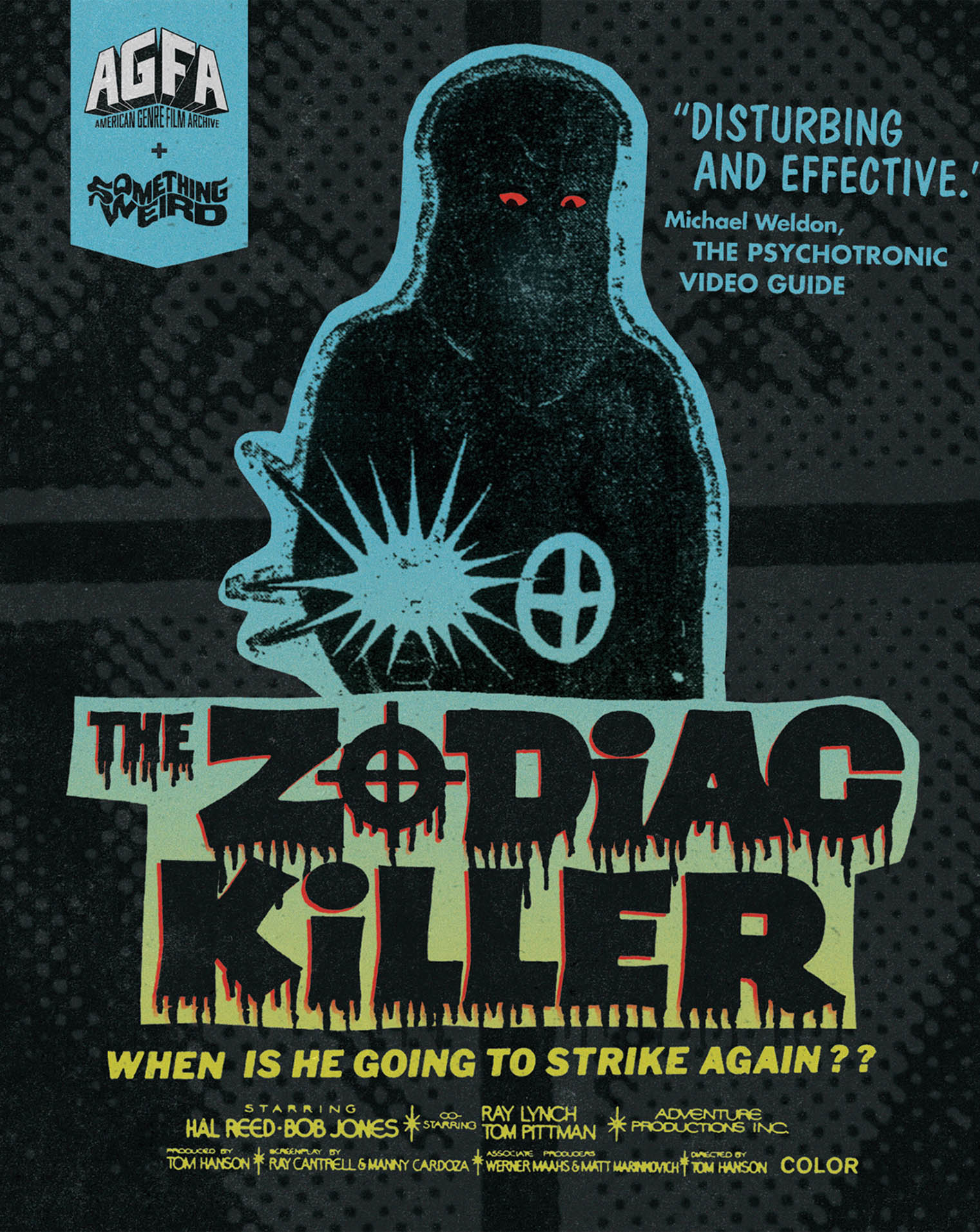 Another Son of Sam isn’t so much a brutal killer, but a random psycho who likes to strangle and shoot people. Thank goodness the cops are on the scene. Oh, wait. No, they are all terrible at their jobs.

It’s pretty scary to know that the Zodiac Killer was never caught, but that didn’t stop people from trying to catch him. One of those people was Tom Hanson, who, after having his pizza business fail him, decided to get into the movie industry and his movie The Zodiac Killer was made as a ploy to catch the real Zodiac, hoping he would show up at the film premiere. Of course, it didn’t work, but it’s the thought that counts.

The Zodiac Killer film gives a name to the murderer and tries to provide a reason for this madman’s killing spree, but the small budget and lack of any real talent in front of the camera makes for a rough watch. Thankfully, the rough watch makes it way easier after seeing just how ridiculous the entire movie turns out to be. We have loads of unintentionally funny scenes thanks to the terrible acting. We have some attempts at scary, terrifying murders, but the cringe worthy effects make you laugh more than scream.

All in all, The Zodiac Killer is an extremely low budget slasher flick that tries very hard to be serious, but ends up being a cheese fest extravaganza. You gotta love it for that reason alone.

AGFA, who is releasing the Blu-ray, was kind enough to provide a second movie for your viewing pleasure. If you thought The Zodiac Killer reached the epitome of cheese, you ain’t seen nothing yet. Another Son of Sam is a poorly put-together schlockfest, which has such a smattering of random oddball scene transitions, goofball moments from actors and some of the worst acting I’ve seen in a long time. It was just so beautiful.

The story, if you can call it that, has an escaped mental patient picking off people here and there, while a cop is hot on his trail. The killer ends up in a college, and a standoff ensues. The worst SWAT team ever shows up to try to help, but only makes things worse. That’s pretty much the story. The joy of seeing how bad this movie turned out is why you need to see this flick.

For two films based on serial killers, they are pretty tame. The effects on The Zodiac Killer make any of the kills seem hilarious and not graphic or violent. Another Son of Sam is even tamer, with a bit of the red stuff splashing the screen and a few gunshot wounds. Nothing over the top.

Violence is lacking and guess what, the sex and nudity are lacking as well. That sucks. There are some beautiful women in these movies, but they refuse to show the supple flesh. The same goes for the guys with no nudity from anyone. BOOOOO!!!

AGFA does a pretty excellent job at restoring the two films. Neither are perfect of course, as the films are full of scratches, dirt and debris. It’s understandable given the budgets of the two flicks, so you really can’t be expecting anything better than what has been provided by AGFA.

Audio for The Zodiac Killer is a bit on the low end, but there are no issues with missing dialogue or anything of that nature. There are hissing and distortion at times, but for the most part, everything is fine. As for Another Son of Sam, the same can be partially said, but there are weird moments where the film freezes and the audio keeps on playing. This very well could be intentional, as the movie does all sorts of oddball things, but I figured I would mention it here.

If you like awfully made movies that will elicit all sorts of laughs. AGFA has the Blu-ray for you with The Zodiac Killer. Don’t expect masterpieces, but do grab some friends and lots of drinks. You’re in for a wild ride.