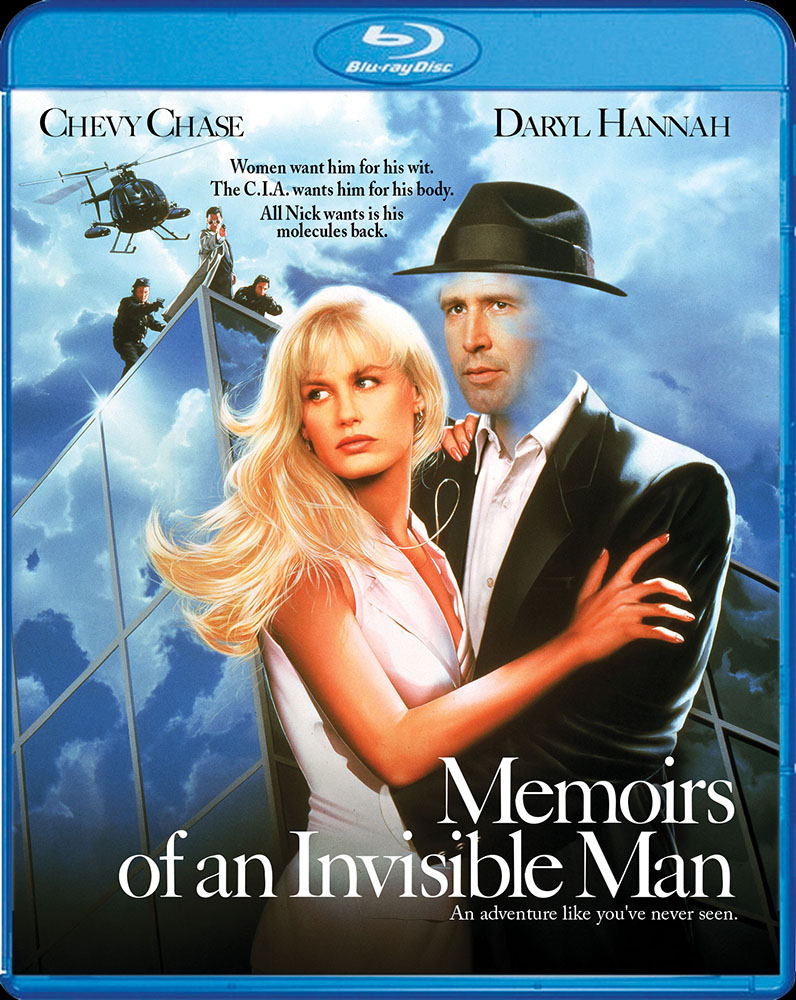 Memoirs of an Invisible Man is a comedy film that works, much in thanks to a solid performance from Chevy Chase and special effects that still manage to impress today.
Film
Blu-ray
Reader Rating1 Vote
4

Four years after directing They Live, John Carpenter jumped on the comedy bandwagon with Memoirs of an Invisible Man, starring Chevy Chase who was in somewhat of a slump having just gotten off the trainwreck known as Nothing But Trouble.

Memoirs of an Invisible Man is based on the 1987 novel of the same name by H.F. Saint, which sees cocky Nick Halloway (Chase) being accidentally turned invisible during an explosion. Nick is soon hunted by the men who ran the top-secret experiment, led by David Jenkins (Sam Neill, who would later go on to star in John Carpenter’s next film In the Mouth of Madness).

Combining plenty of situational humour, an enjoyable performance from Chevy Chase, and the beautiful Daryl Hannah as the love interest, Memoirs of an Invisible Man is a comedy flick that doesn’t outstay its welcome and never outplays its antics. The biggest highlight comes in the way of the special effects that at the time were revolutionary, yet still look impressive to this day.

Scream Factory has released Memoirs of an Invisible Man on Blu-ray, with a solid 2K video transfer from the original film elements. No apparent issues jump out with the video transfer. As for audio, the DTS-HD Master Audio 2.0 comes through crystal clear. Extra features are limited to old interviews, behind the scenes clips, and trailer spots. Nothing new, but are welcome nonetheless.

Memoirs of an Invisible Man is a comedy film from a horror director that somehow works, much in thanks to a solid performance from Chevy Chase, and special effects that still manage to impress today. The Scream Factory Blu-ray release will not disappoint.