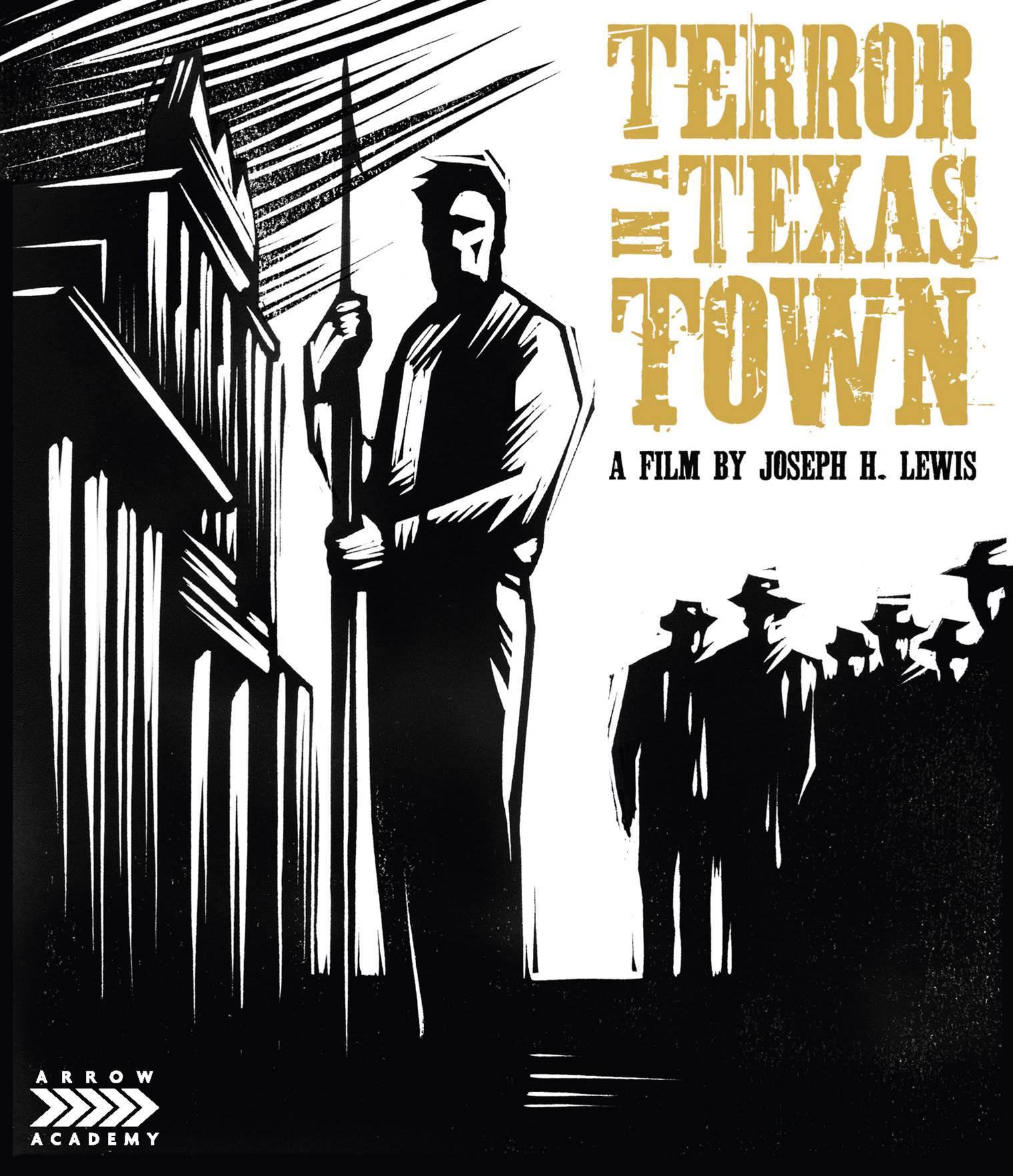 Orson Welles lookalike McNeil wants the squatters to get the f off his land, which he doesn’t own so that he can get all that lovely black gold that’s just beneath the surface. He hires steel-handed Johnny Crale to convince the folks to leave, and if they don’t, BAM! A shot to the face is what is in store. Crale kills the wrong man, and the dead man’s son shows up to rile up the townsfolks and take back what is theirs!

Director Joseph H. Lewis (Gun Crazy) decided to end his movie career with the flick that is on the agenda today, Terror in a Texas Town. Lewis didn’t exactly quit directing but switched to directing TV shows. I’m not entirely sure why he chose to get away from the big pictures, as Terror in a Texas Town is not a bad movie. It’s almost certainly a B-Western with a few notable names. It’s quick paced and has an interesting story.

It is possible people were put off by Sterling Hayden’s caricature portrayal of a Swede, George, which is a bit on the nose, but he is an enjoyable character that has you rooting for him. Nedrick Young also does an excellent job of playing the relic from the past cowboy, Crale, sent on a task to take care of some stubborn individuals who are not willing to give up their land to the fat cat millionaire who wants the oil.

From the opening moment of forecasting the standoff at the end of the film, Terror in a Texas Town is the unsophisticated western where you can turn your brain off and just have a relaxing time watching the inevitable stand off between George and Crale.

Terror in a Texas Town isn’t a bloody film, as it was shot in 1958 and is in black and white. There are bloodless and holeless gun wounds. That’s about it.

Violence isn’t the only thing missing from Terror in a Texas Town. There is no sex or nudity either, which isn’t surprising. We do get some nice-looking women.

Arrow Video has released Terror in a Texas Town under their Arrow Academy line, and as usual, the results are fantastic. Arrow Video has restored the film with a 2K transfer from the original film elements. There are moments during the movie where the clarity isn’t as sharp, but other moments manage to wow you.

Audio options consist of Uncompressed Mono 1.0 PCM Audio, which is a bit weak at times, but there are optional English subtitles.

Special features aren’t going to burst the seams of the package, but what has been provided by Arrow is welcome. We have a 10-minute sit down with Peter Stanfield, who discusses director Joseph H. Lewis’ work and provides an analysis of the themes of Terror in a Texas Town. Also provided is a visual analysis by Stanfield of certain scenes, which runs 14 minutes. Finally, we have the trailer and an illustrated collector’s booklet featuring new writing by Glenn Kenny.