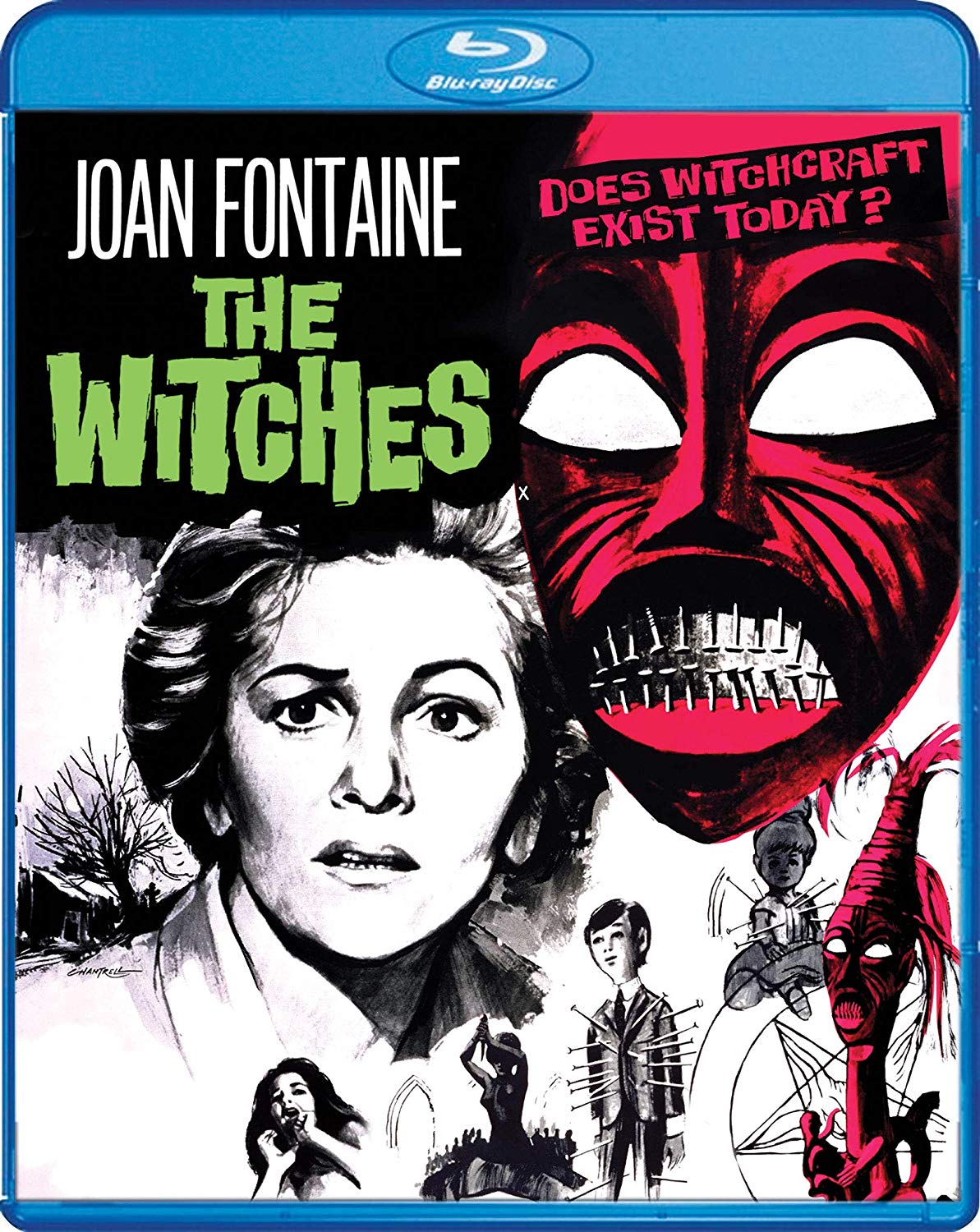 This coven is spellbinding.

The Witches is an enjoyable Hammer horror film that keeps the viewer guessing until the end. Scream Factory has provided the same transfer as a previous Studio Canal release, but the extras offered do make this worth a purchase for North American buyers.
Film
Blu-ray
Reader Rating0 Votes
4.1
Buy
Amazon

Nothing can prepare you for the ending of The Witches from Hammer Horror. The movie clocks in at 90 minutes and plays things out with a straight face so that when you come to the ending, it comes at you like a slap in the face. Don’t get me wrong; this is not a bad thing at all. The film’s enjoyment is made better because of this ending.

The story of The Witches (based on Peter Curtis’ novel The Devil’s Own) has Joan Fontaine playing Gwen, a headmistress of a smaller private school in the quaint English town of Heddaby. It doesn’t take long for Gwen to notice that the townsfolk aren’t the most ordinary people. They readily take offence to the town’s only good-looking teenage girl who is being courted by her male classmate. Gwen sees no issue with this harmless flirting at first, but it seems people are trying to get him to move out of the village for reasons we are not yet privy to. As Gwen spends more time in Heddaby, she begins to suspect that there is a coven of witches at play and the ones who are afraid that the secret will get out try to put a stop to her investigative intrigue.

The Witches was a lot of fun to watch for the first time. I wasn’t sure who was good and who was bad, as the film does a splendid job keeping its revelations under wraps. However, there are times where Joan Fontaine’s character Gwen acts in what I would call unnatural ways that may take you out of the story. With all the weirdness going on, her reactions are oddly placed at times. Still, this little flick about a town with a coven problem is one worth checking out.

Scream Factory presents The Witches on Blu-ray with a pretty solid offering in terms of audio and video. There are times where the video is a bit rough around the edges, especially when the film transitions from one scene to the next. It very well could be a fault of the film itself and not the transfer. However, this isn’t the first time the film has been released on Blu-ray, having had a few releases overseas. After checking out screencaps of the Studio Canal release, I can say with 100% certainty that the Scream Factory release is the exact same transfer, which is a good thing as the German Blu-ray release featured too dark of a picture.

Extra features are on the light side, but we do get a new audio commentary with Ted Newsom (cover incorrectly lists Constantine Nasr also commentating, but he is nowhere to be found), a 45-minute feature titled “Hammer Glamour,” trailers, and finally a still gallery. If you haven’t seen the “Hammer Glamour” feature before, having it included on this Blu-ray is a big incentive to pick it up as the feature is quite a bit of fun, and as the title suggests, features plenty of beautiful women throughout Hammer history.

Scream Factory does a great job bringing The Witches to North American Blu-ray collectors, and new and old fans of this fun flick, with an absolutely crazy ending, will definitely want to pick it up.

Check out our gallery of screenshots from The Witches here!