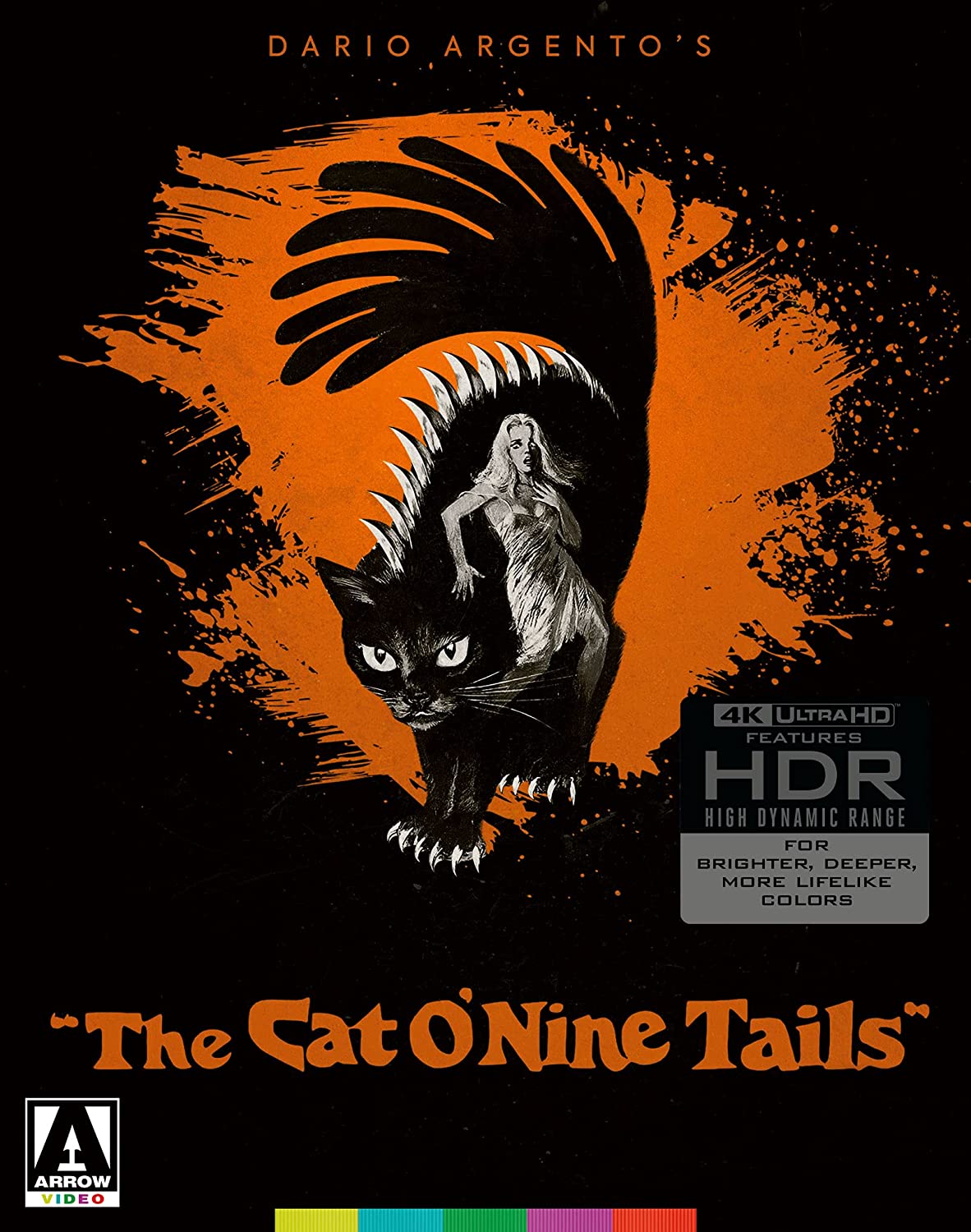 The Cat O’ Nine Tails was one of the first Dario Argento films I watched, which was well over 20 years ago now. I remember buying it on DVD and just being floored by it. So much so that when I had an assignment at school about something that I enjoy, I took it in and talked about it. (I wonder why I never got laid in school.) Of course, after having seen several more films by Argento, the movie doesn’t rank as high anymore, but it still holds a special place in my heart and now that Arrow Video has upgraded the film to 4K UHD, it was as good a time as any to check it out.

The movie follows the standard formula that Argento laid out in The Bird with the Crystal Plumage. An unknown killer is on the loose, and only everyone but the cops can stop them. In the case of this film, the ‘everyone’ is a blind man and a journalist with a knack for sniffing out clues (and bedding beautiful women). The two go on quite an adventure, following a trail of bodies, graveyards, and genetic laboratories.

Even though Dario Argento himself says this isn’t his best work (I assume he isn’t counting his latest stuff?), which he blames on making it too American, I feel the film still has plenty of that Argento flavour we have come to love. It’s stylistic, with plenty of moody shots. The killer’s identity is kept hidden, although when the time to reveal the killer happens, it sort of falls flat. Plus, there is a lot of stuff in the film that hasn’t aged well. Jabs at homosexuality is one of them and the crux of the story, which has to do with the ‘XYY’ chromosome being linked to criminals, which has since been proven wrong, makes the film’s plot seem more like make-believe than something that could happen. Having said all that, I still feel the pace of the movie flows fast, and I was never once bored.

Enough about the movie, you’re probably here wondering what the 4K UHD looks like, and is it worth upgrading over the fancy 2K Blu-ray that Arrow Video previously released in 2018. Flat out, unless you are into the 4K UHD collecting game, you’re probably going to be content with your previous 2K copy. All the features are the same (that is to say they are the same informative and enjoyable interviews), with the only new stuff being the 4K scan, a very nice 58-page illustrated booklet, lobby cards, a poster of the new artwork, and new packaging material. Nonetheless, the new 4K transfer is beautiful with less compression and a more even film grain. The film isn’t one of Argento’s most colourful works, so don’t expect amazing visuals like say Suspiria, but the HDR does provide a nice pop.  I’ve included a screenshot comparison below where you can see how much cleaner the film grain is, however take note that HDR isn’t able to be captured in the photo. Audio included on the UHD comes in two choices: DTS-HD MA 1.0 English and Italian. I chose the English dubbed version, but for people that want the Italian, English subtitles are included. I note no issues with the audio during my watch and never once stressed to make out what was being said as there is a nice separation between action/music and dialogue.

The Cat O’ Nine Tails is still very much the enjoyable Giallo from Argento’s early work that I remember seeing many years ago. I’m super happy to have it on 4K UHD, but I guess I was also just as happy having it on 2K Blu-ray as well. If you are buying 4K UHD, you’re going to be floored by how great the movie looks, and you’ll be happy to know you aren’t missing out on any features from the previous release. 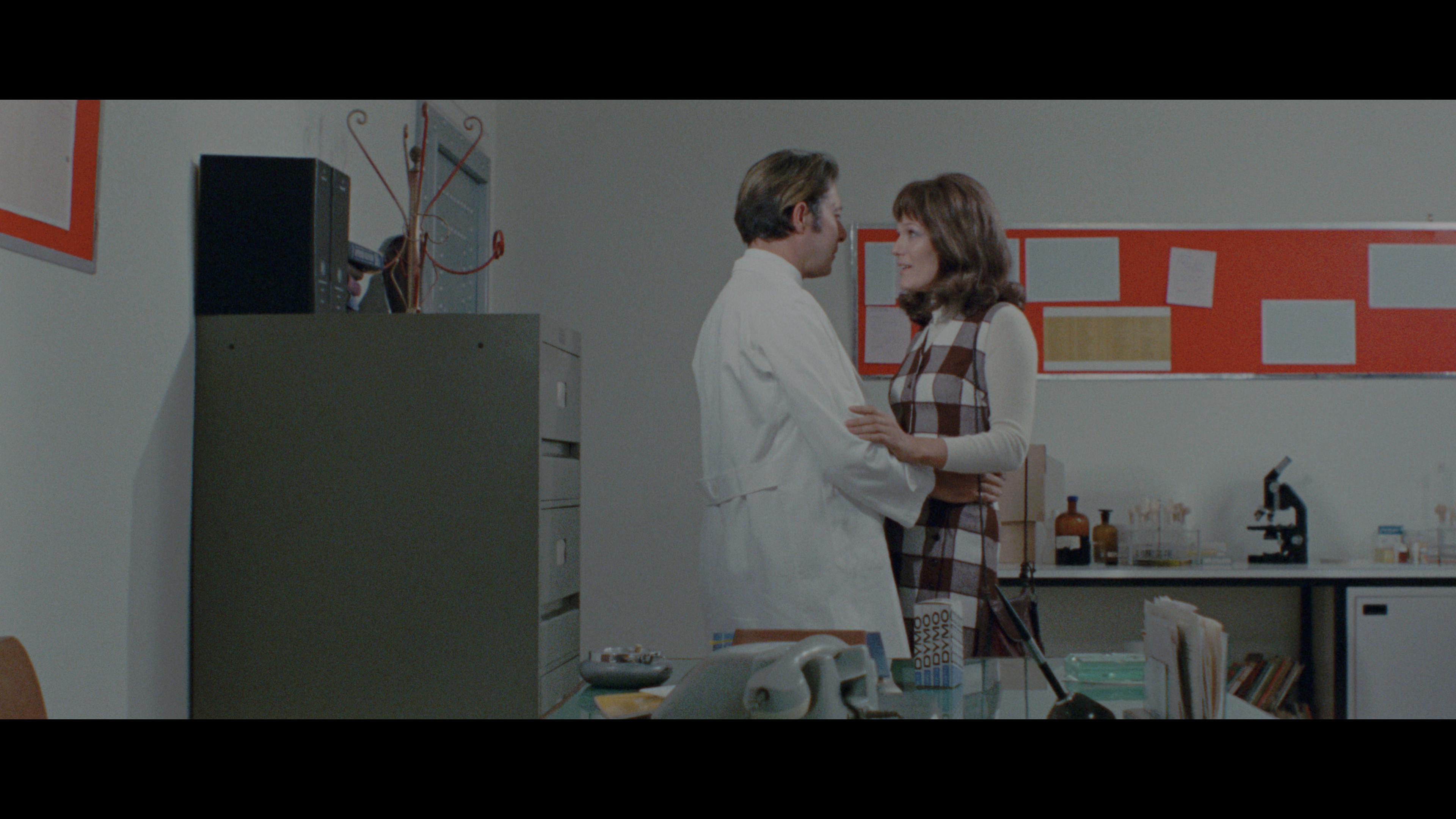 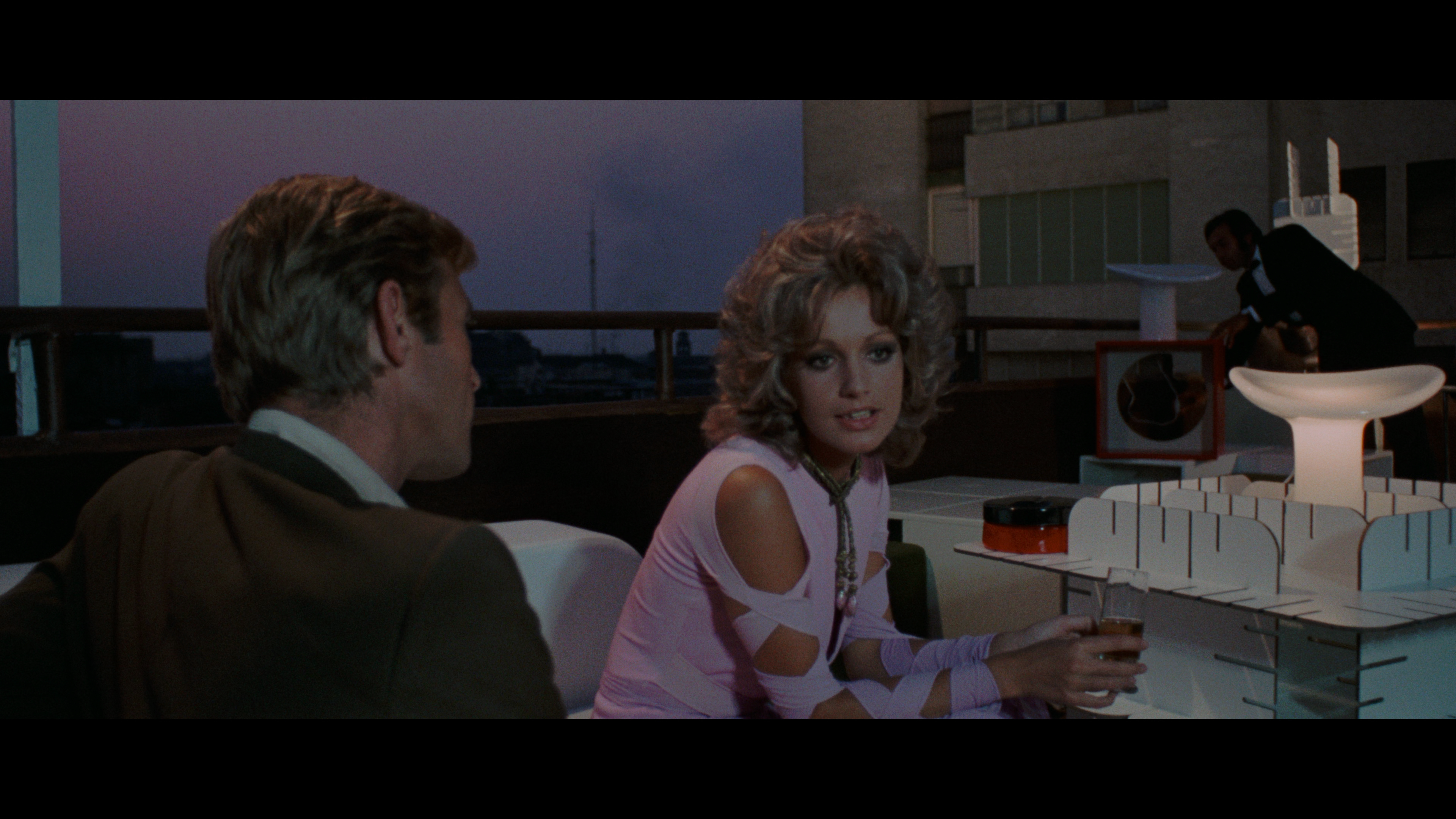 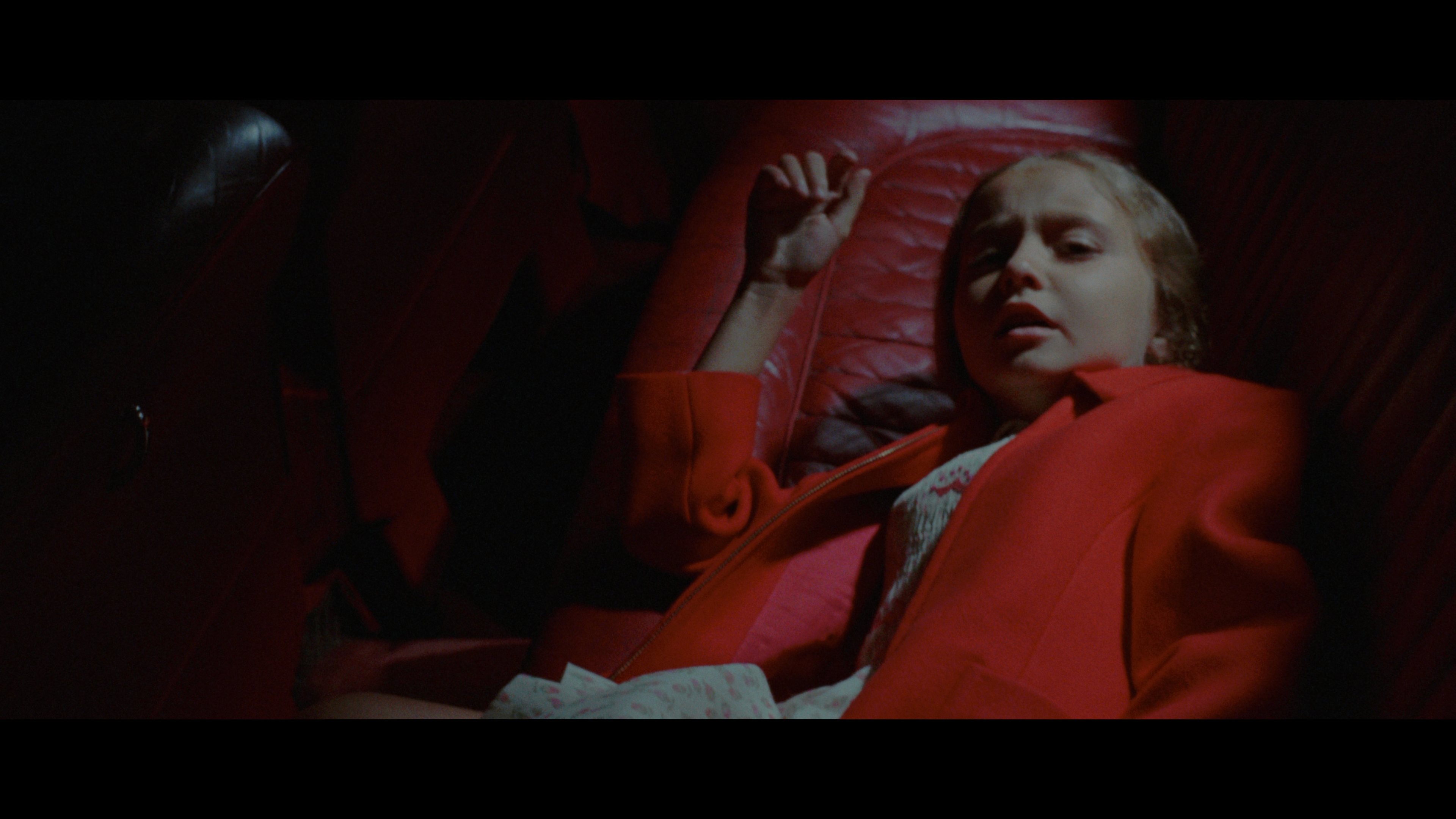 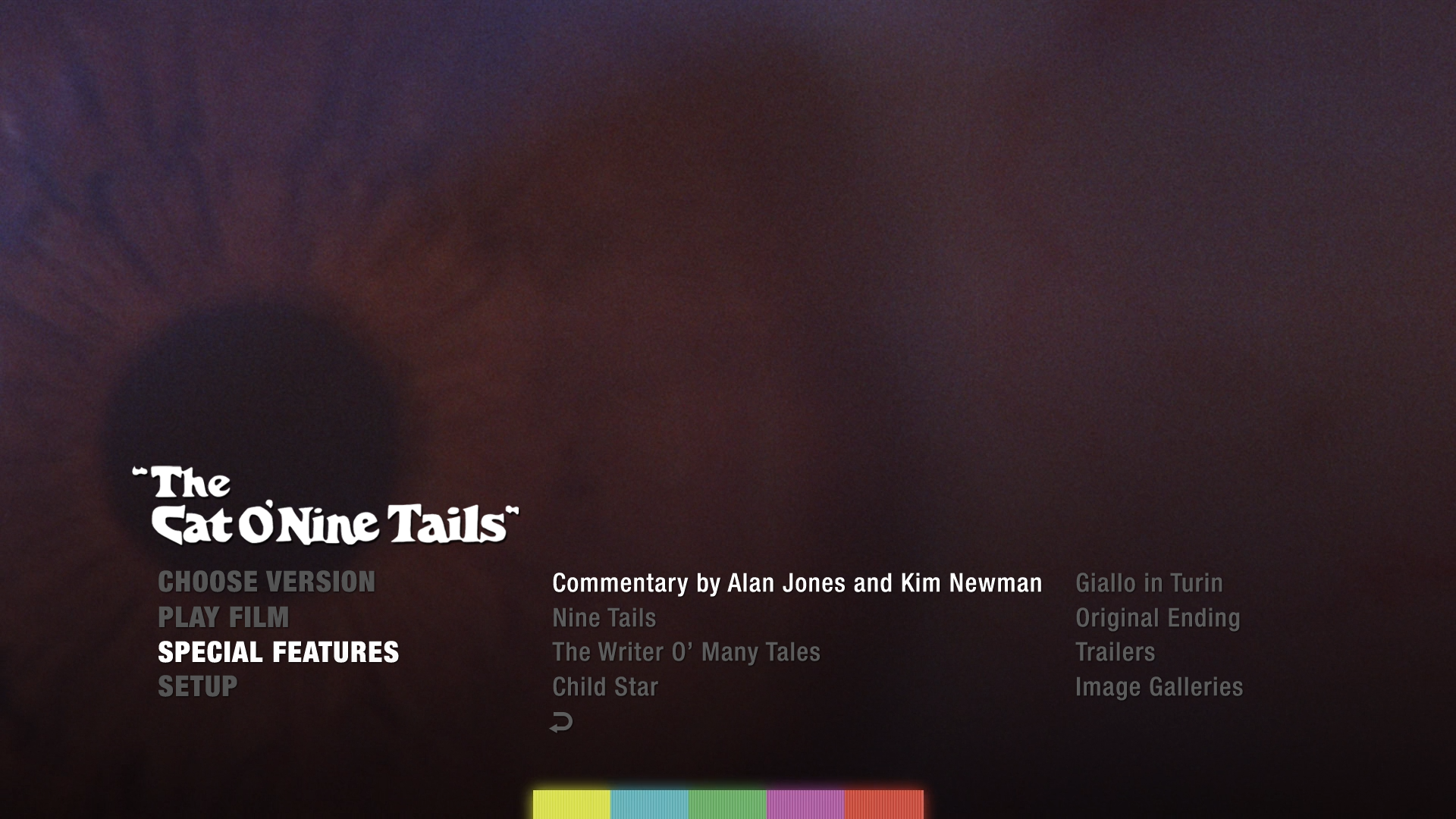 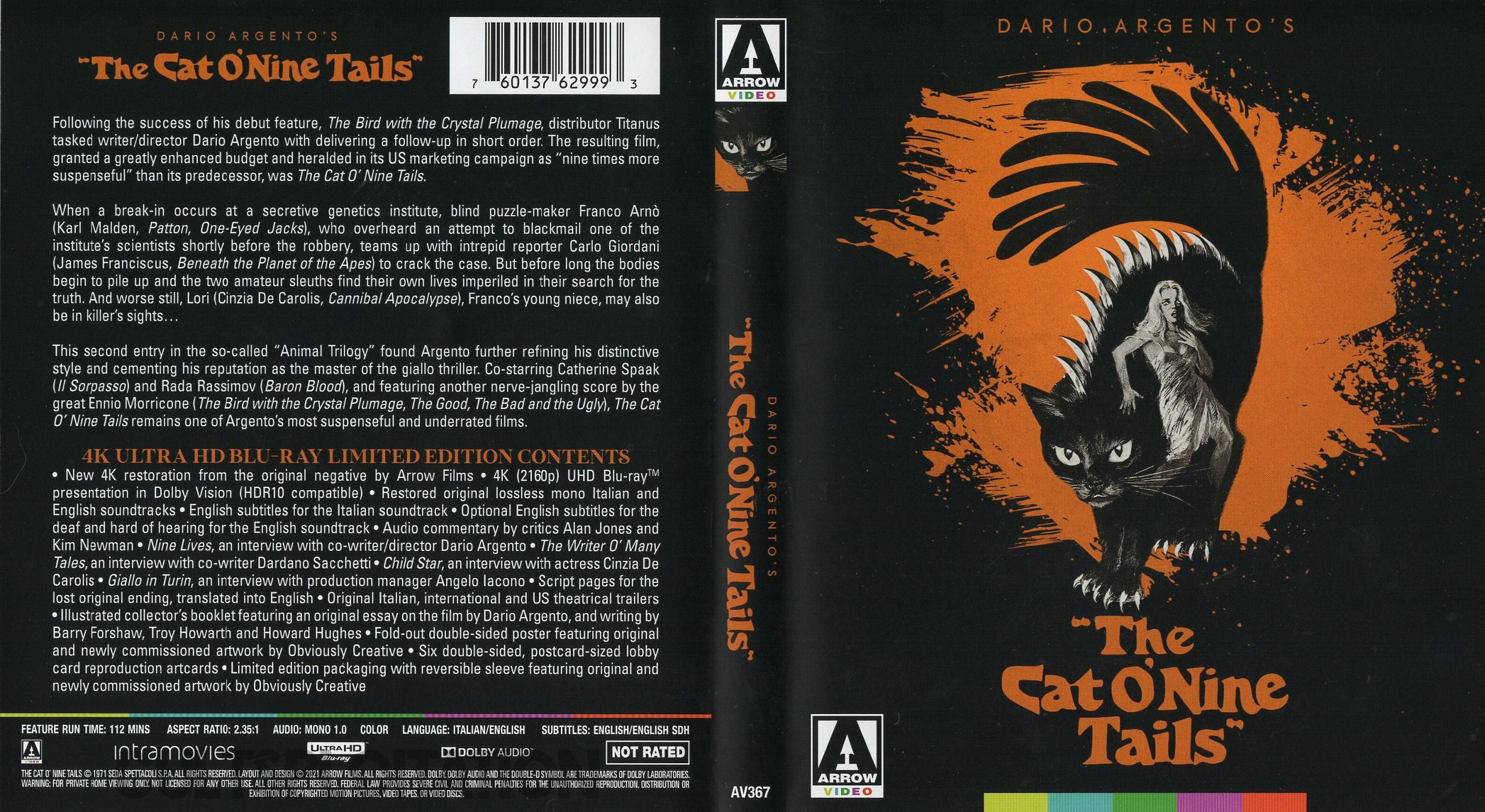 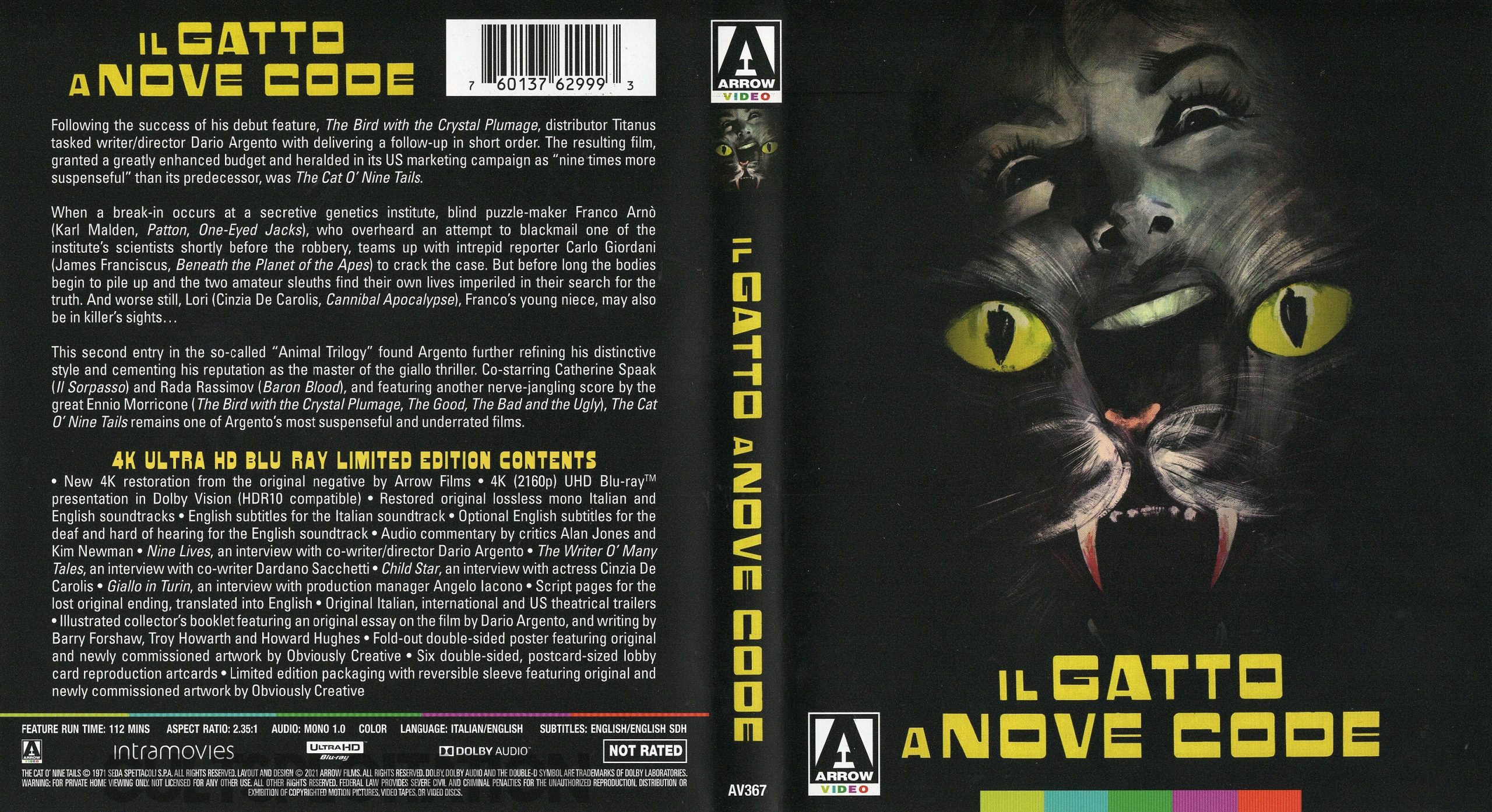 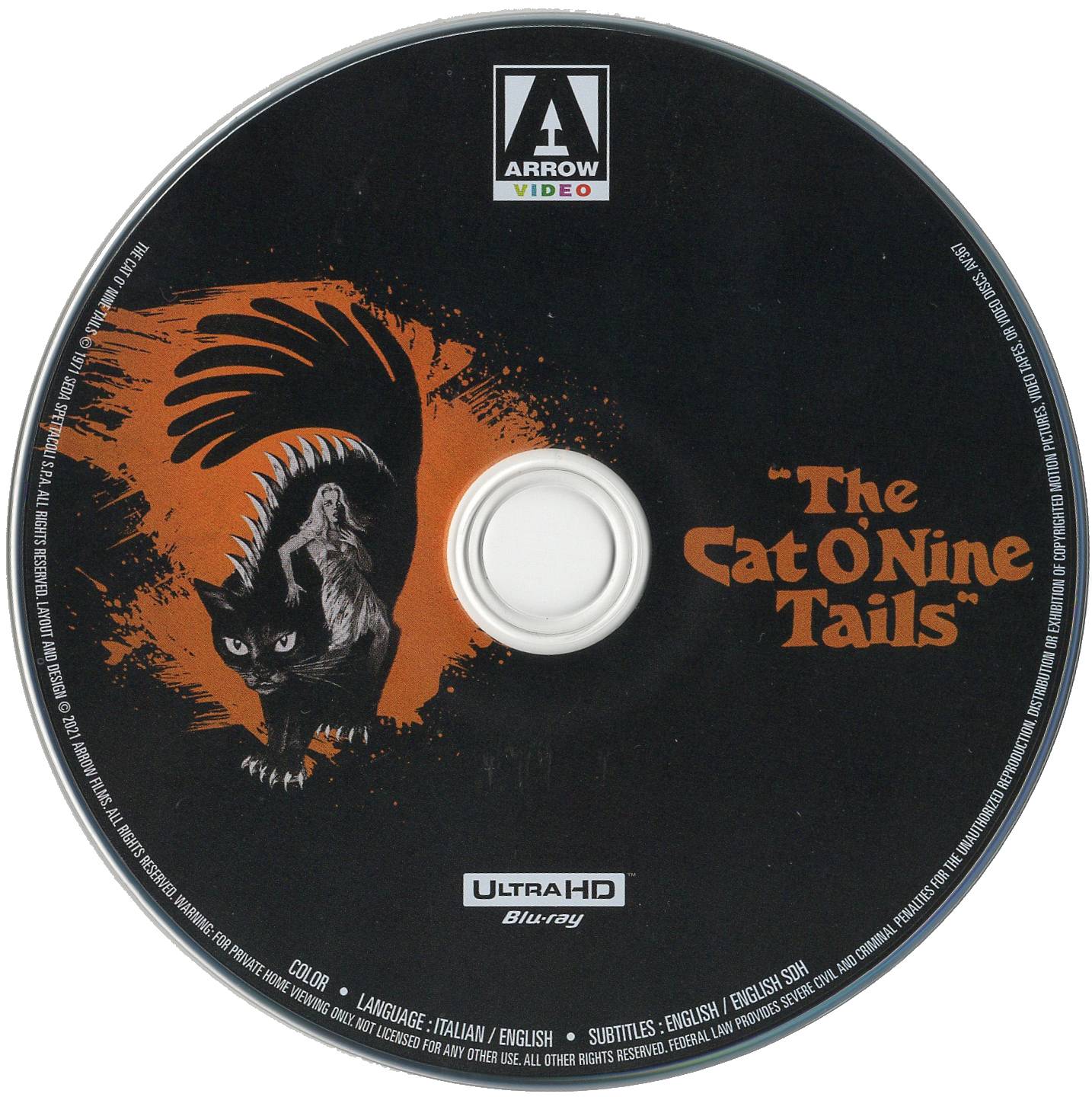