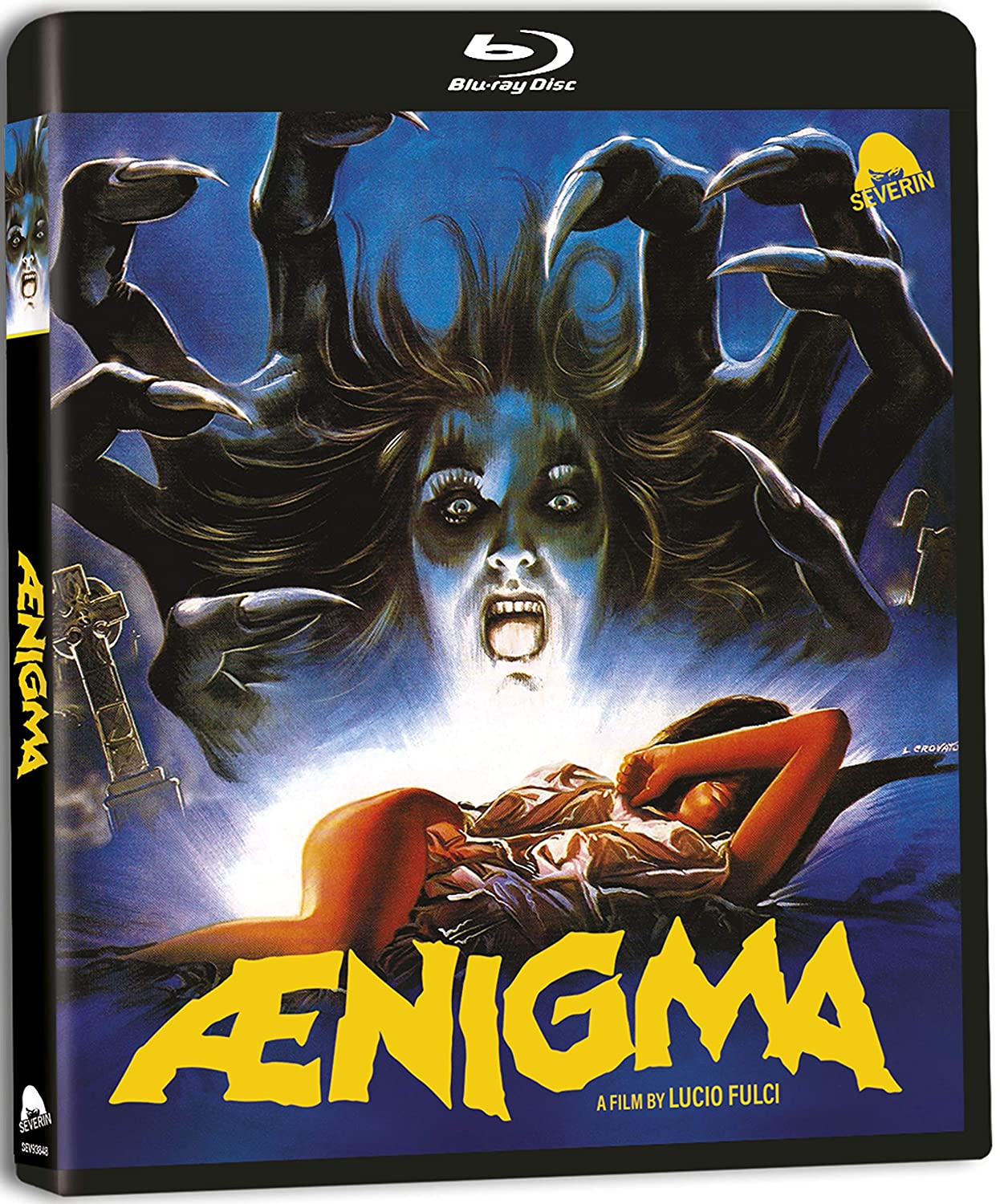 I have been a Lucio Fulci fan for many years, yet there are still plenty of his films I have not seen. Of course, I have watched the ones we all know about, such as House by the Cemetery, New York Ripper, and Zombie. Those are classics for sure, but what about the lesser-known efforts: his later films? Thanks to Severin Films, we have a chance to check out some of them, and one of them is Aenigma, released on Blu-ray in August of 2020.

Released in 1987, Aenigma is a mix of different films mashed together to form a barely coherent plot. It is equal parts Carrie, Suspiria, Phenomena, and Patrick. It involves a young college girl named Kathy, getting a nasty prank pulled on her. The result is her ending up in a coma. For reasons not explained, Kathy gains the ability to possess a new girl at the college and proceeds to take revenge on the people that wronged her. Also, in a side plot, she (possessed girl/Kathy, not actual comatose Kathy) hooks up with the twice-her-age doctor who barely has time to help his patients as he is busy banging the college girls. Although he is pretty dreamy, and I can easily see someone falling head over “meels” for him.

That is basically the entire plot of Aenigma, but most people watching the movie, especially knowing it’s a Fulci flick, are not here for the plot. They are here for the surreal editing, the hackneyed acting, and of course, the gore. Although not as gore-heavy as other Fulci efforts, Aenigma does provide plenty of moments to please fans. We have the amazing death by snails scene that will forever stay in your mind (also helps the woman is topless for reasons unknown). We have some decapitations and one weird over-the-top sex scene featuring lots of bloody biting. It might not be Zombie level gore, but Zombie does not feature a statue coming to life to choke out someone. Only Aenigma can provide that sort of entertainment.

As I have already mentioned, when I pop in a Fulci movie, I know I am never going to get a plot that makes sense. Aenimga is no different. Sure, the film tries very hard to put together a story of some sort. We have pieces of dialogue sprinkled here and there that provide a backstory of sorts for Kathy, but honestly, I still have zero clues about pretty much everything. You know, your “normal” Fulci experience.

Severin Films releases Aenigma on Blu-ray sporting a new 4K transfer from the original camera negative. The result is not bad, and when compared to the 88 Films Blu-ray release, you can see the picture is darker and sports different colours and aspect ratio. Either one is fine, and you will not be disappointed if you decide on the Severin Films release.

Audio is presented in both English and Italian DTS-HD Master Audio 2.0. I watched the film in English, and even though it was dubbed you can tell that most of the dialogue spoken on set was English, and the mouths better match the dialogue. It should be noted that there is quite a bit of background noise during quiet scenes, especially noticeable in the latter half of the film. It is not enough to negatively affect your experience. Although I did not watch the film with the Italian track, I have heard that it is a bit louder when compared to the English. English SDH subtitles are included.

Extra Features provided on the disc are two rather enjoyable sit-downs with various people. The first feature is titled Italian Aenigma: Appraising Late Day Fulci and takes a 38-minute look at the later years of Fulci. It talks about Aenigma and other films in his career, such as the wacky A Cat in the Brain. Although, hilariously enough, the feature ends with one person mentioning that Fulci was a chick magnet and had no issues with the ladies. Yet, the next feature, titled Writing Nightmares: Interview with Screenwriter Giorgio Mariuzzo, mentions that Fulci was terrible with women and had a hard time attracting them due to his hygiene. This feature runs for 14-minutes. Rounding out the extras are trailers in English and Italian, the opening and closing credits in Italian, and finally an audio commentary with Troy Howarth, Author of “Splintered Visions – Lucio Fulci & His Films” and Mondo-Digital.com’s Nathaniel Thompson. (If you are wondering what the 88 Films release has for features, you get a pretty great 77-minute feature-length documentary looking at the twilight period of Lucio Fulci’s legendary career, the same opening and closing Italian credits, and a trailer.)

Aenigma might not your typical Fulci classic, but it certainly has a weird, bizarre quirkiness to it that makes it a memorable experience. Just do not go in expecting a plot that makes sense (why would you ever do that?!?), and you will end up having a great time. Severin Films provides an all-around solid Blu-ray with a great transfer, a perfectly acceptable audio offering, and a few solid special features. 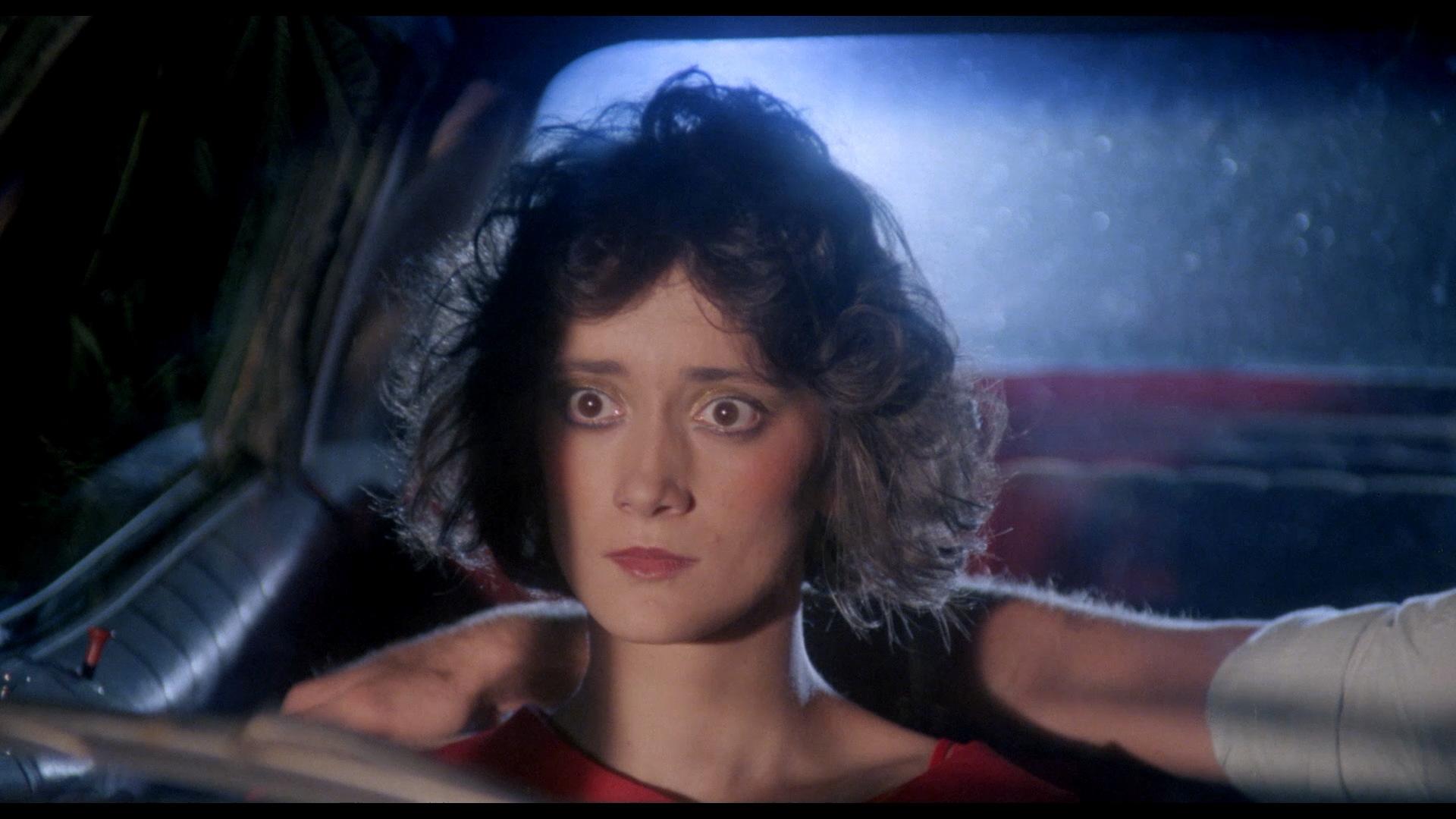 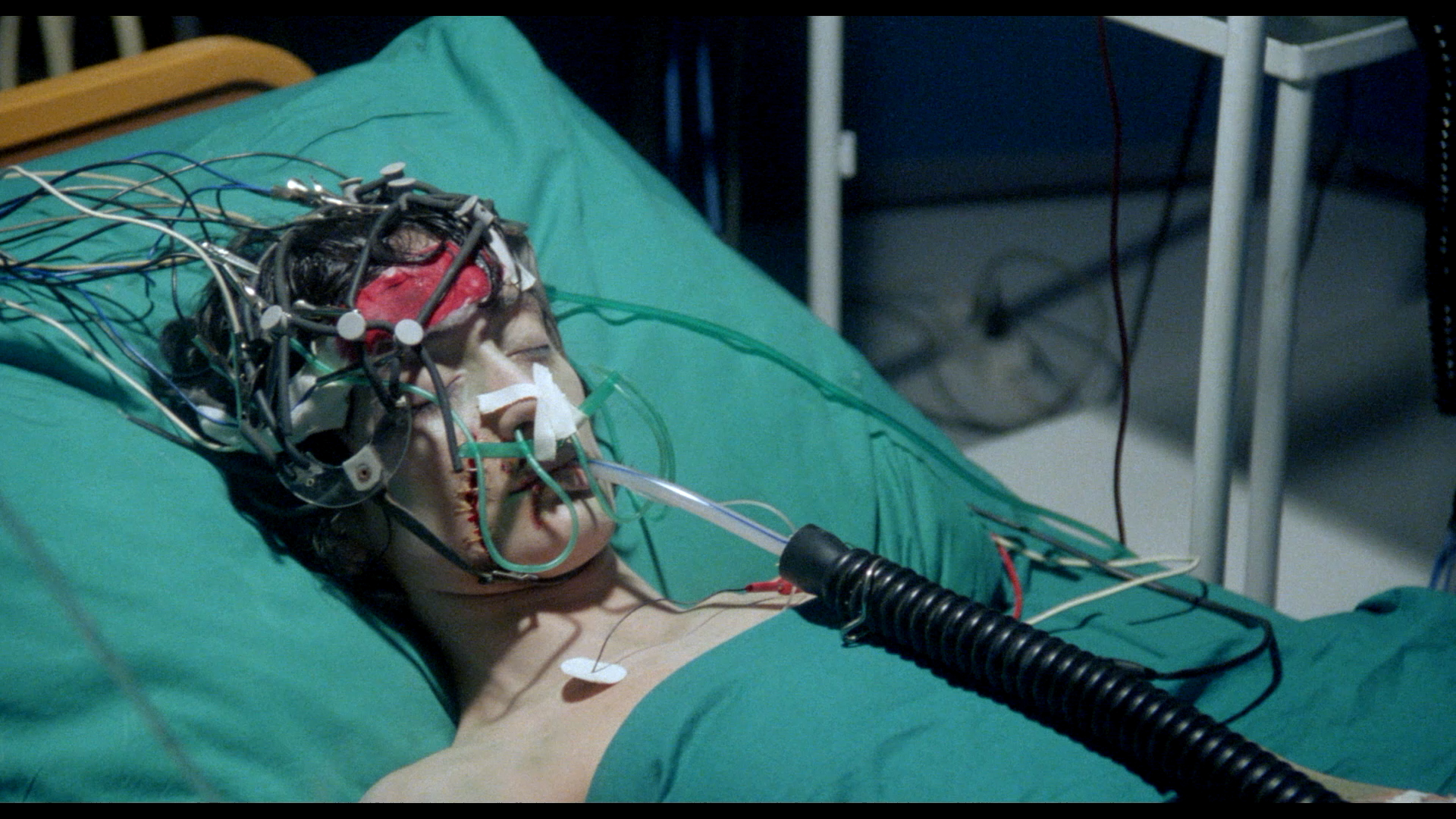 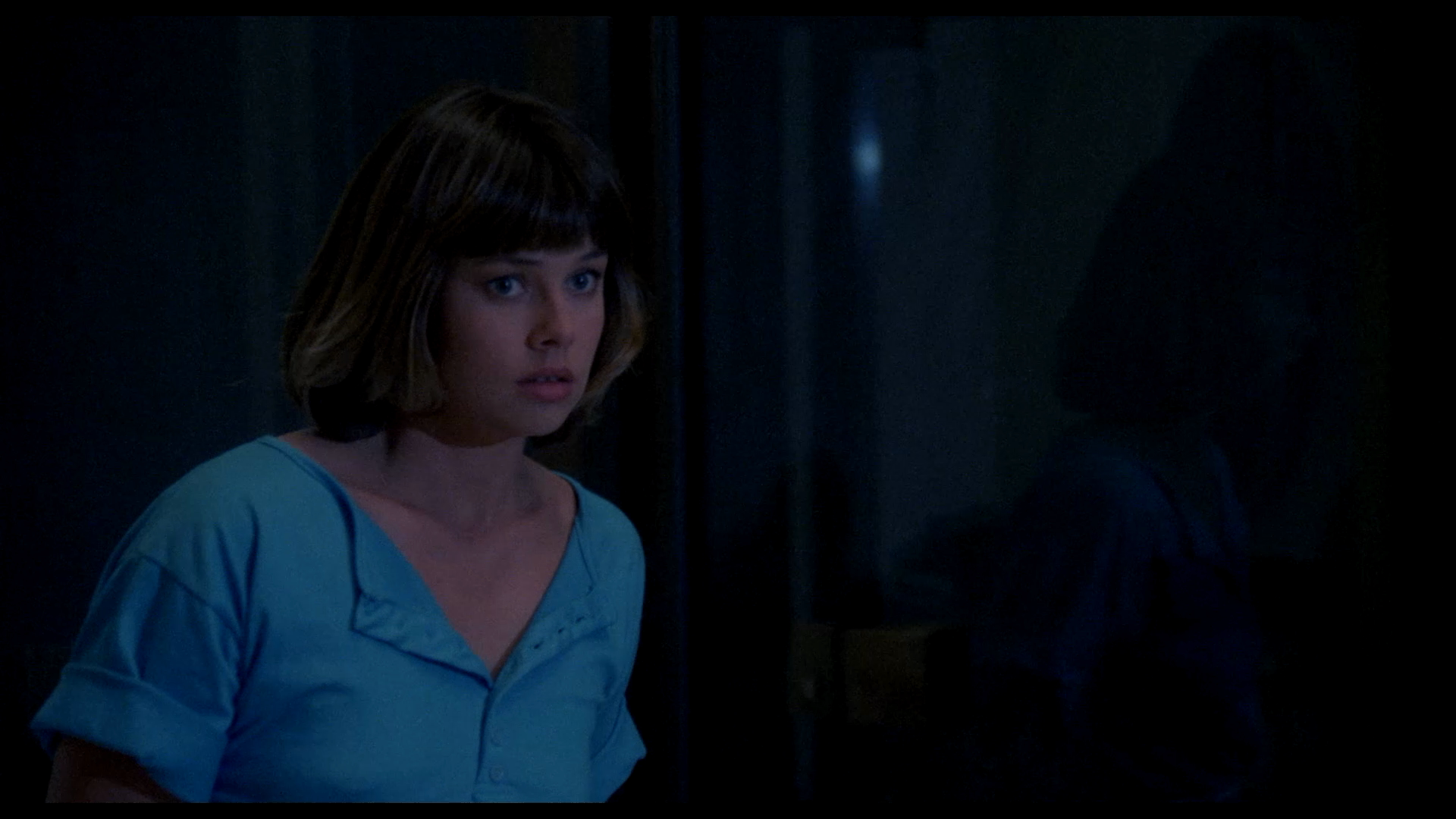 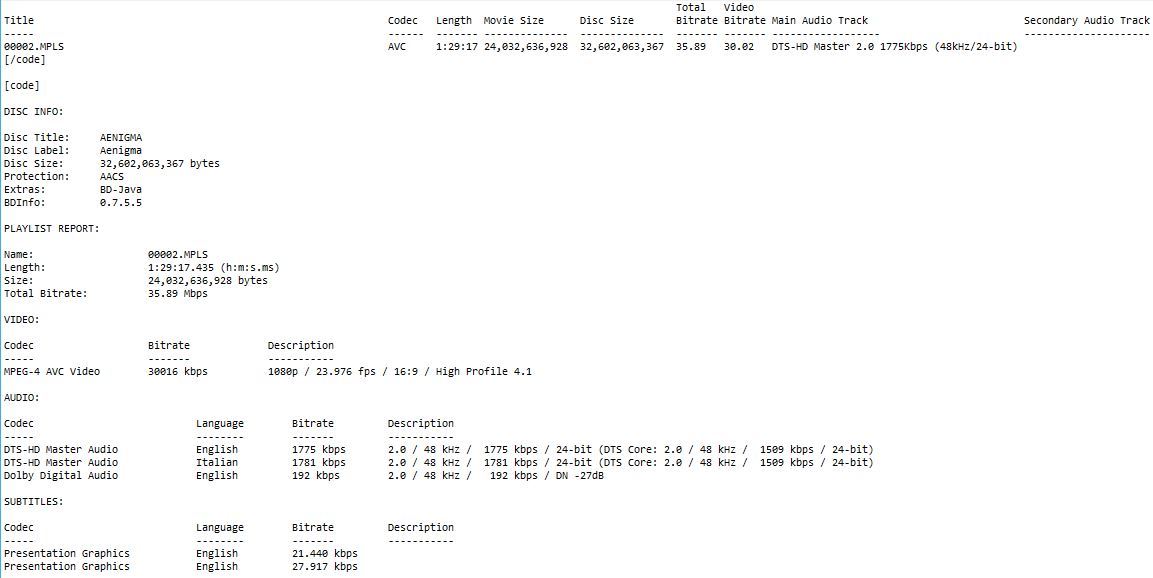 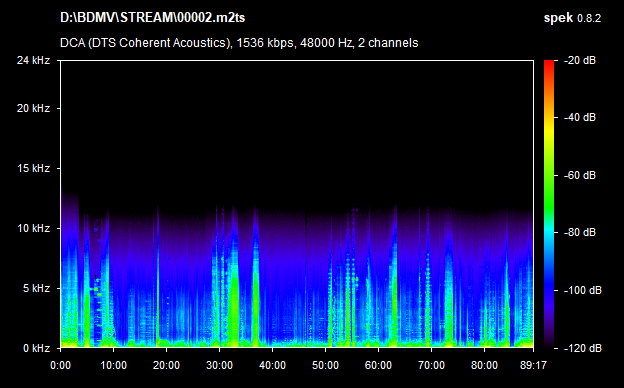 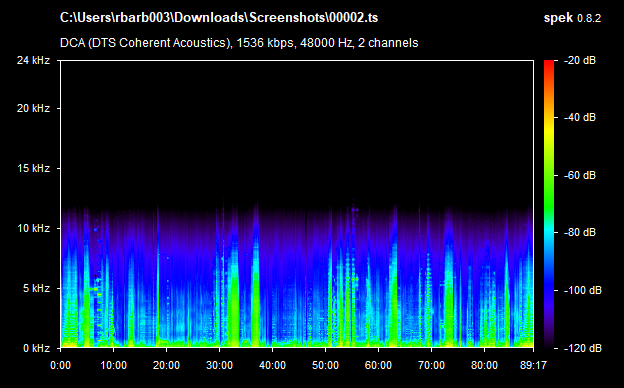 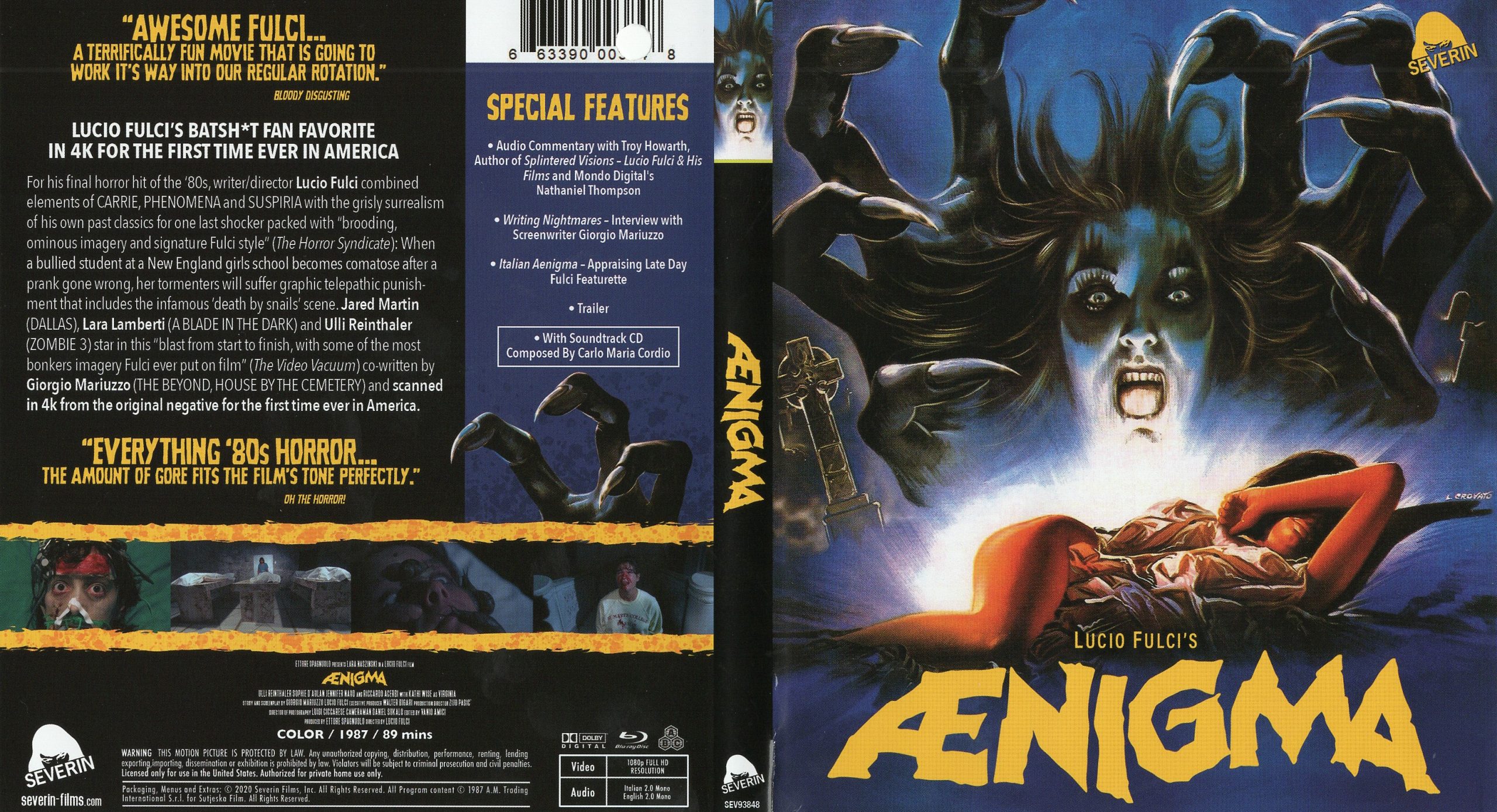 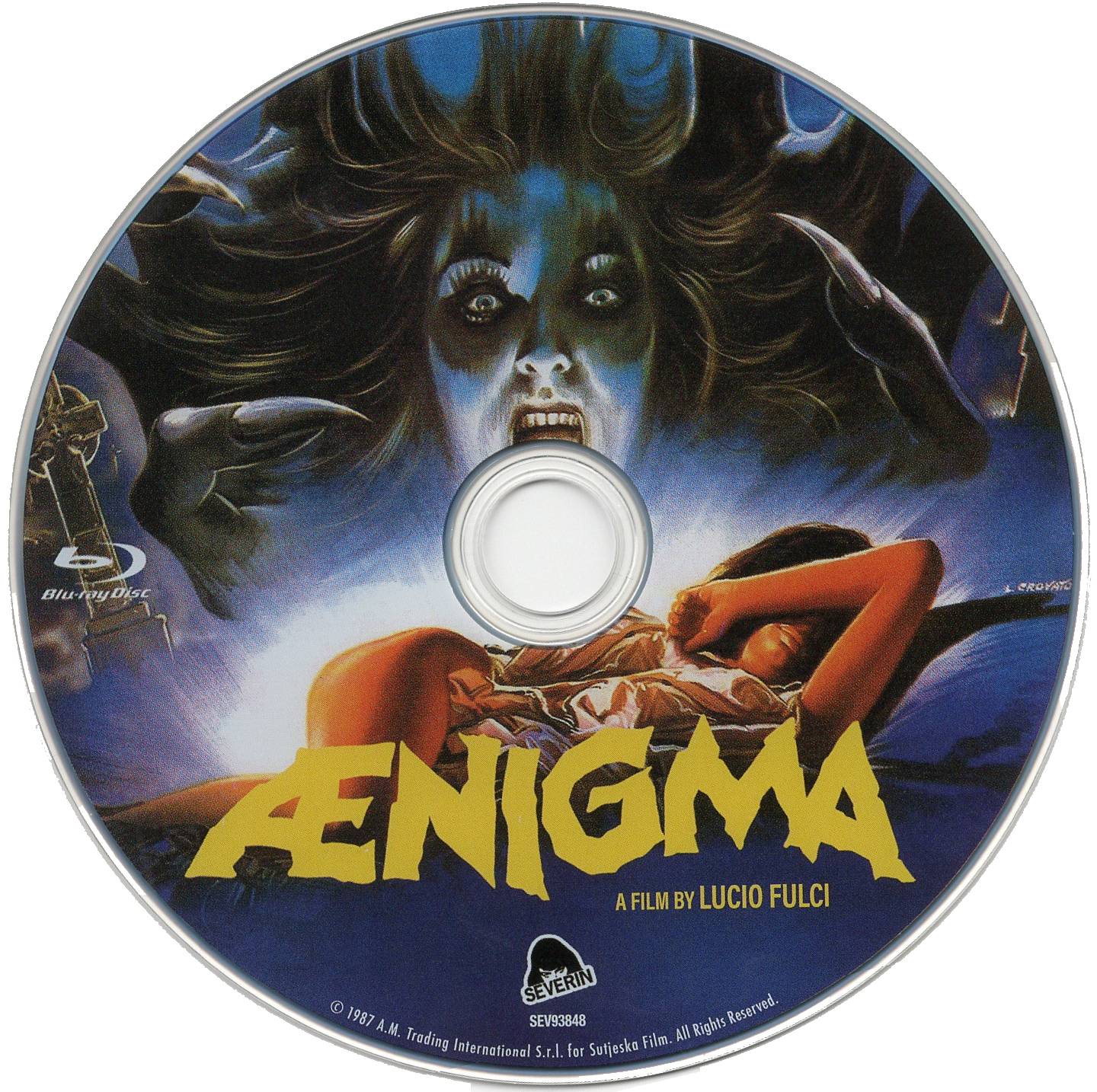